Hole in the Wall - Ridge Development

Submitted 4 years 1 month ago by WildCoast.Com.

Hole in the Wall: On 26 January 2017, Incopho Coastal Developments (Pty) Ltd. or their proxies, made the third attempt to commence with the "Ridge Development" - hotel or resort complex - which has been mired in controversy for 13 years.

No government or investor support, fanfare or ceremony was evident at this inauspicious third "breaking of the ground" at the site overlooking the world famous icon of the Wild Coast, Hole in the Wall. Similarly to the two previous occasions, so called development was desperately undertaken at the last hour of their deadline for commencement. 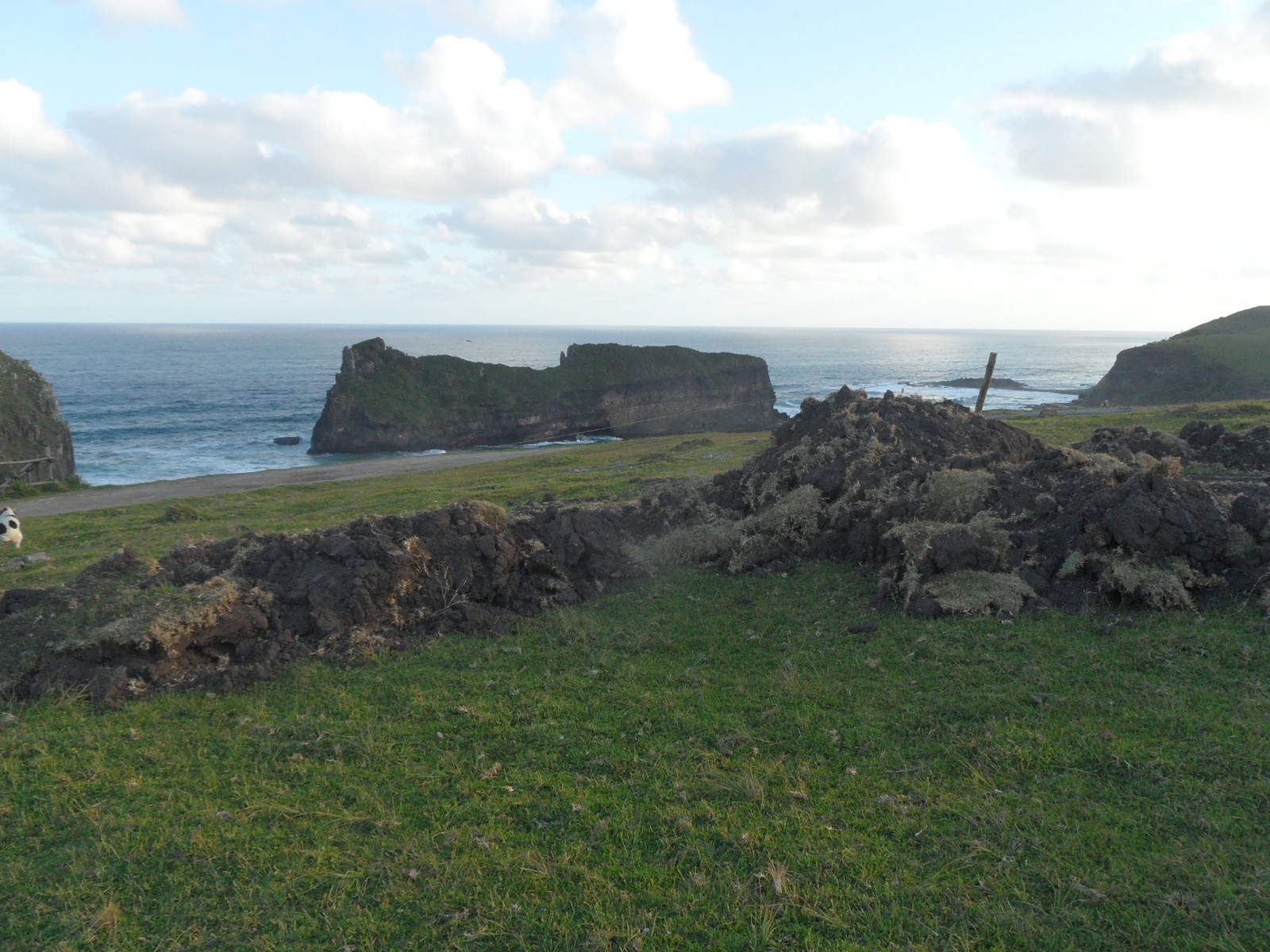 Permission was originally granted in August 2005, has been renewed several times, but all efforts have apparently failed to source financing for this doomed and out of place development concept. The developers don't appear to have a clear plan or direction as the plan was approved as a 50 room hotel, marketed as 50 share-block plots for sale with boilerplate Cape Cod style architectural designs, (some of which were actually sold abroad, and landed the originator of this travesty, Brian Dinning, in prison for wire-fraud) and the current concept would appear to be the +R400 million 2006 design for 15 self-catering units, conference centre, 6 bedroom lodge and a restaurant.

According to the scoping report, income projections were based on 60 to 70% occupancy rates which, unfortunately for us here, is laughable in the middle of the Wild Coast, hundreds of kilometers of bad roads away from major tourist arrival centers such as Durban, or even East London, and where only grass roots eco-tourism can possibly flourish and maintain a healthy balance between man and his environment.

Whatever their actual plan is, it's clear that the intention with commencing their so-called development, at the last hour, was to make the most visual impact with the least amount of cost or effort. Besides absolutely avoidable and unnecessary ground disturbance, gum poles have been placed 20 to 30 metres apart, and the 2 strands of wire, symbolising their tenuous lease-hold on this priceless tract of land, which was originally expropriated from the individual owners without their knowledge or consent, are propped up in places with tree branches. 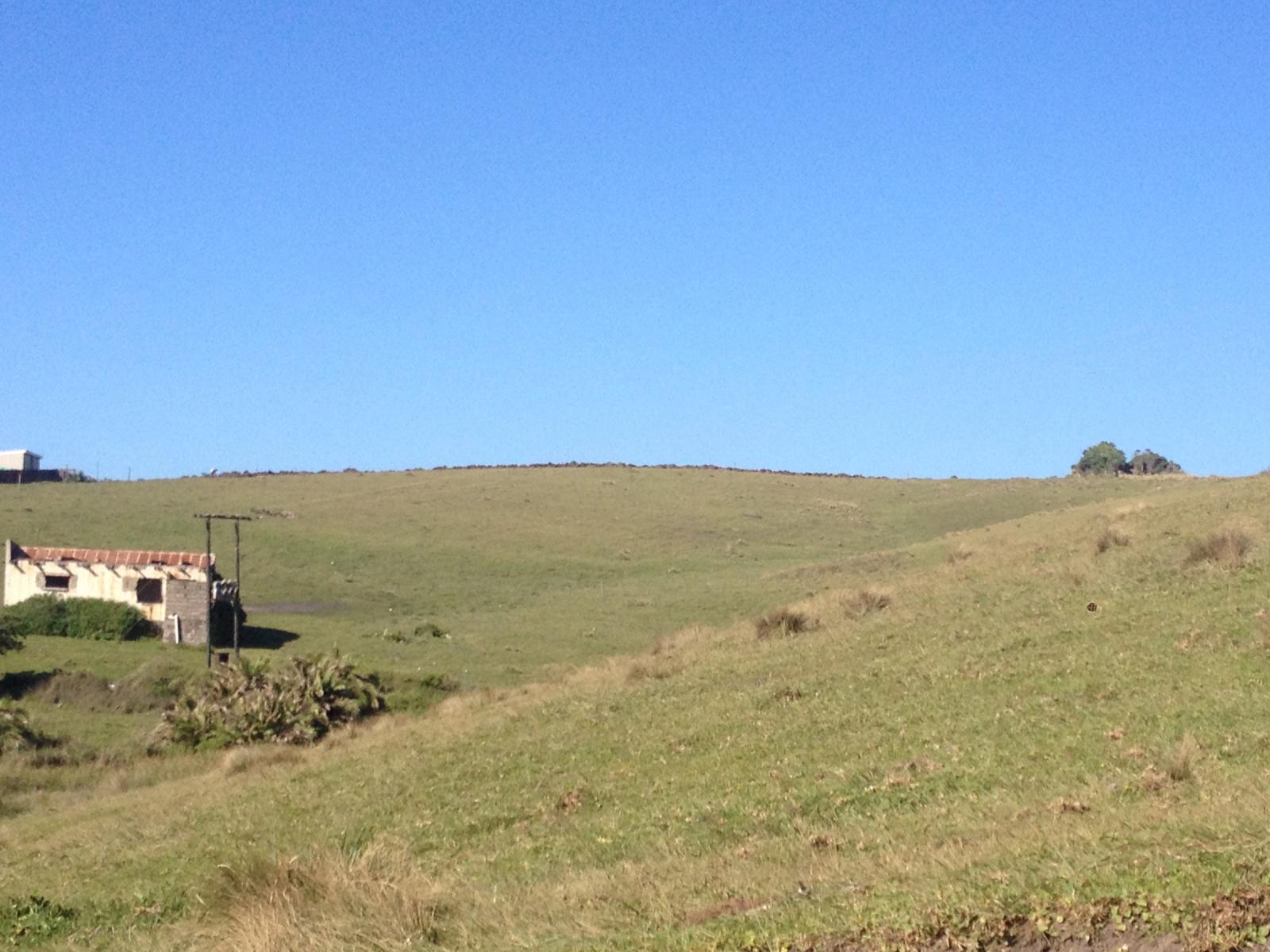 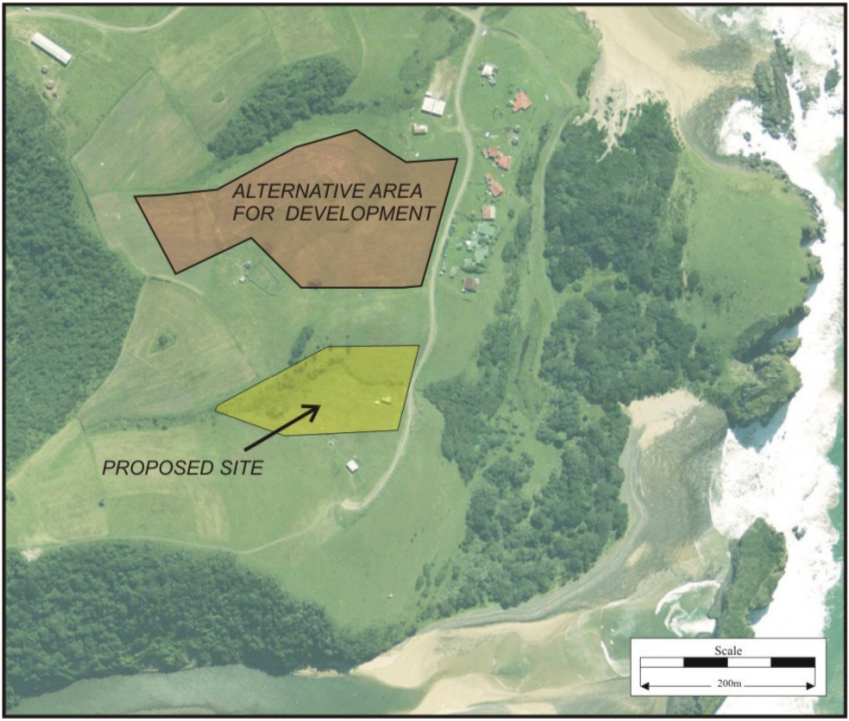 LINK: SG Diagram S77 - "Farm 77"
Yet the Surveyor General's diagram S77, surveyed in August to September 2005 by R.C. Garz, includes a much larger ground which has grave sites and existing homes, in apparent contravention of the RoD's stipulations. It is further clear that the much larger survey which included the grave sites, was undertaken directly after the issuing of the RoD. Surely further public consultation should have taken place, and further impact studies should be publicly available?

Interestingly, point 8.2.23 of the RoD states "As a general rule, ground disturbance and vegetation clearance must be confined to the actual footprints of infrastructure, and curtailed to what is absolutely unavoidable in order to effect project implementation."

Current excavation and fence appear to be an estimated 8m further to the south-west of their boundary marker "H" in line with fence of first cottage as seen on this Google Earth map with coordinates sourced from the Surveyor General's database: 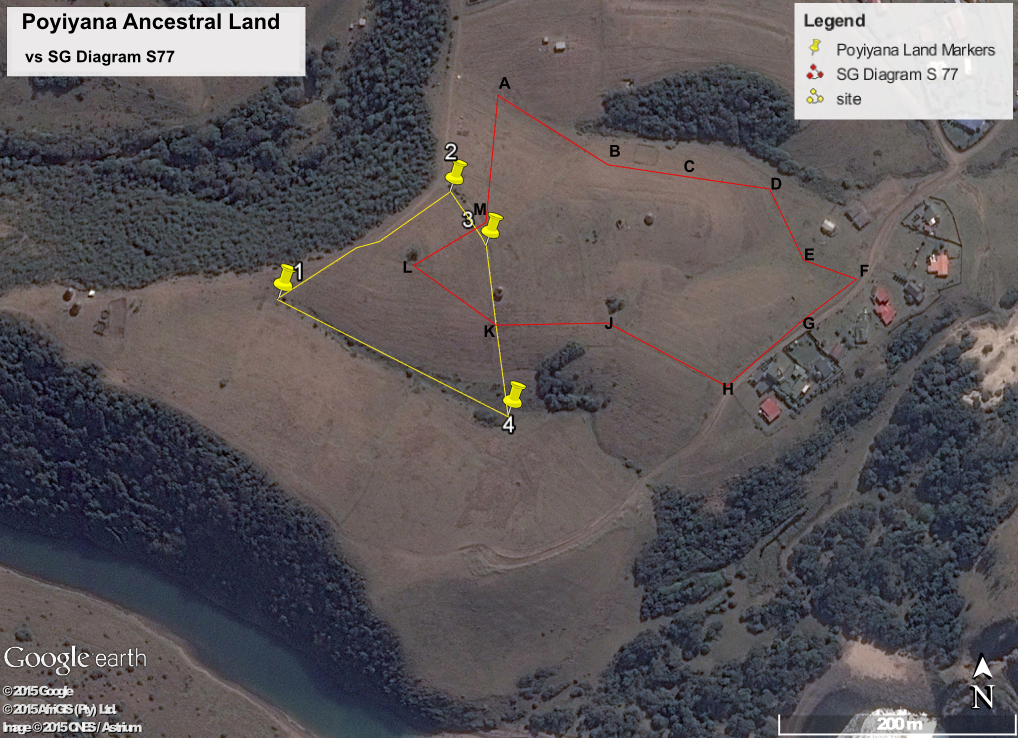 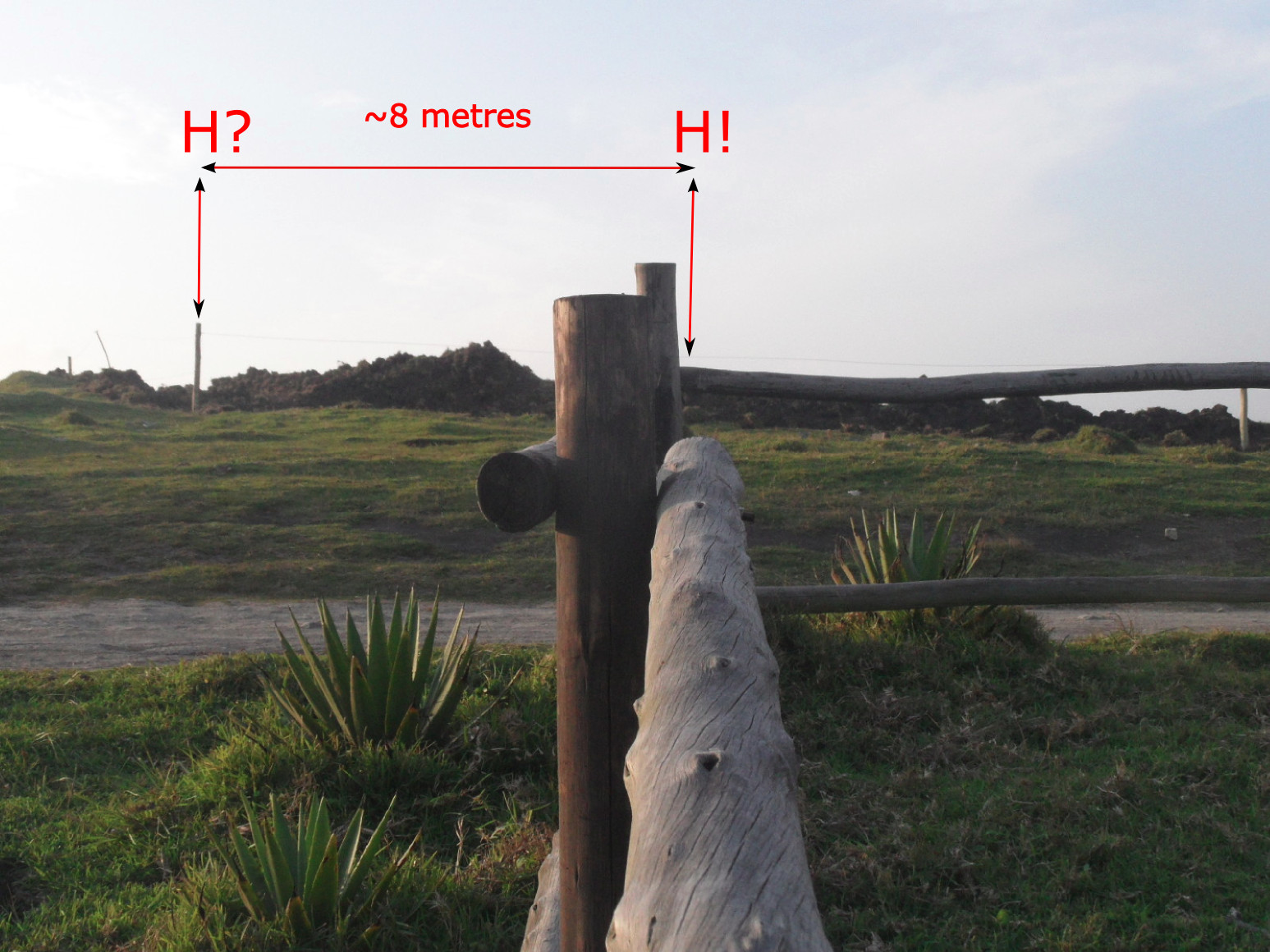 From the picture above, the straight line intersect of the cottage's wooden fence would appear to show the ridge developer's corner-post approximately 8 metres outside of its boundary.

LINK: Site Plan 2006 - hi res
Not that it is certain that it is the actual plan, but the current site plan has no consistency with Sothebys' et al marketing of 50 shareblock units circa ~2010.

The ridge developers' third inauspiscious, highly controversial and offensive attempt to break new ground - definitely in violation of the RoD's general ground rules pertaining to "unavoidable" ground disturbance and vegetation removal, and apparently on land which is not zoned or owned by them, must lead one to hope that this third time is definitely not lucky for them.

What is the actual 404 million plan?

Below can be seen how maximal visual impact in creating the ridge (which tragically mars the skyline from any angle, and ruins the sense of place) has been achieved with minimal cost or effort. Grassland and topsoil has merely been scraped and placed to the side as high as possible: 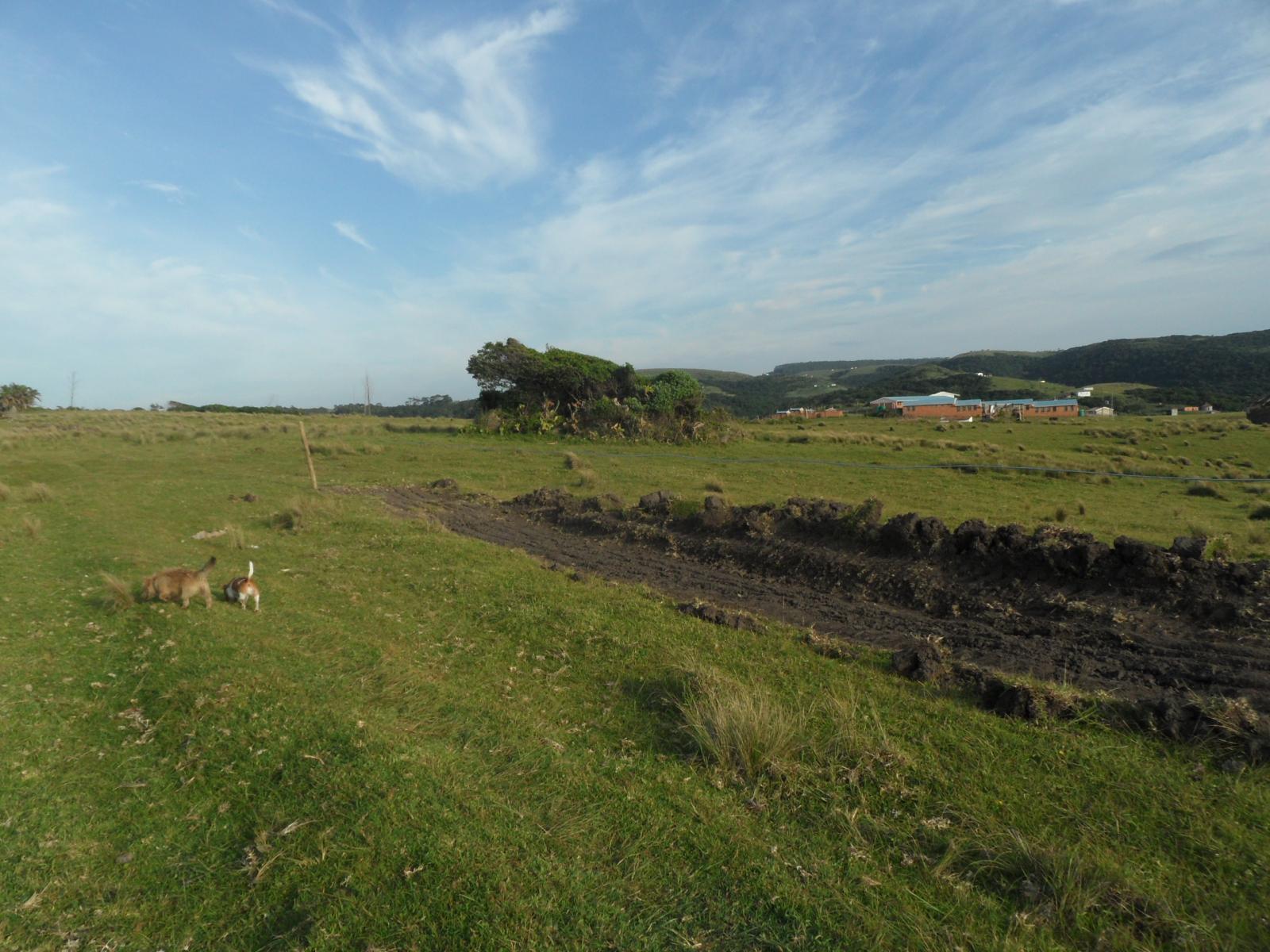 More files, and his side of the story, on Brian Dinning's blog ...

I lived at hole in the wall 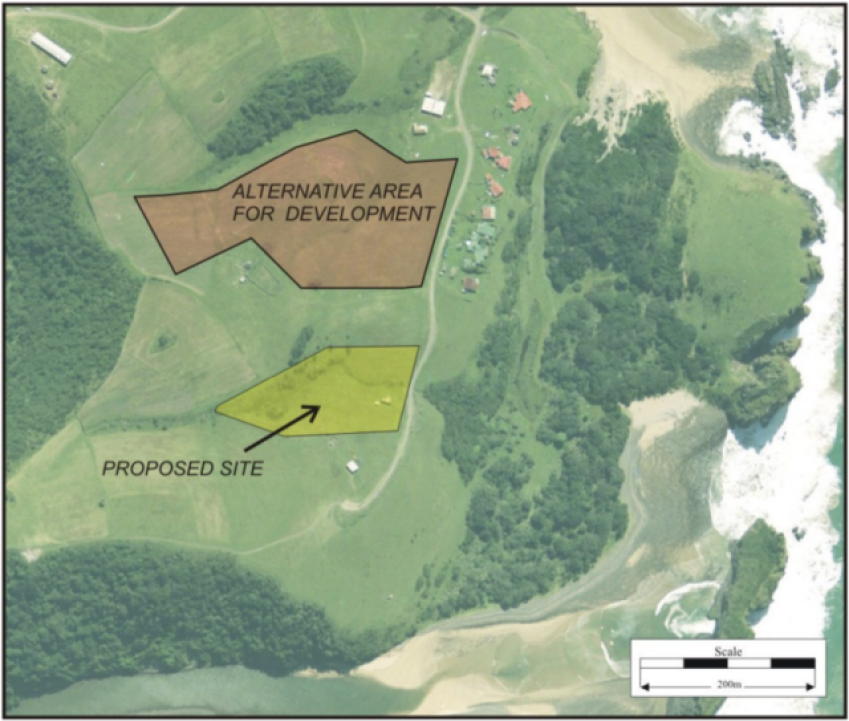 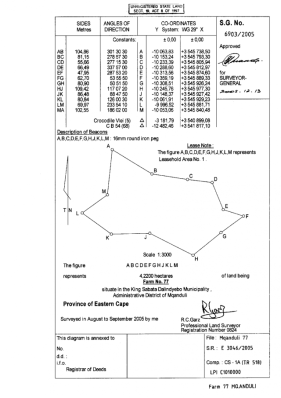 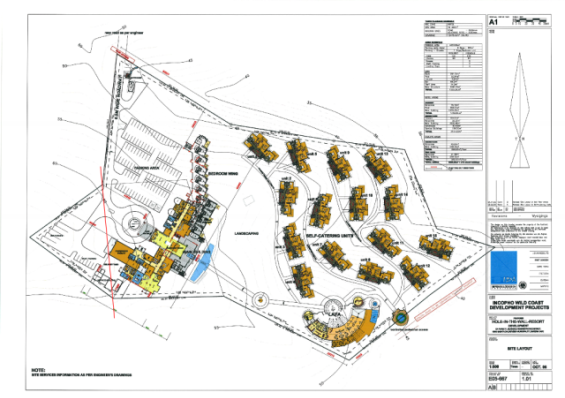 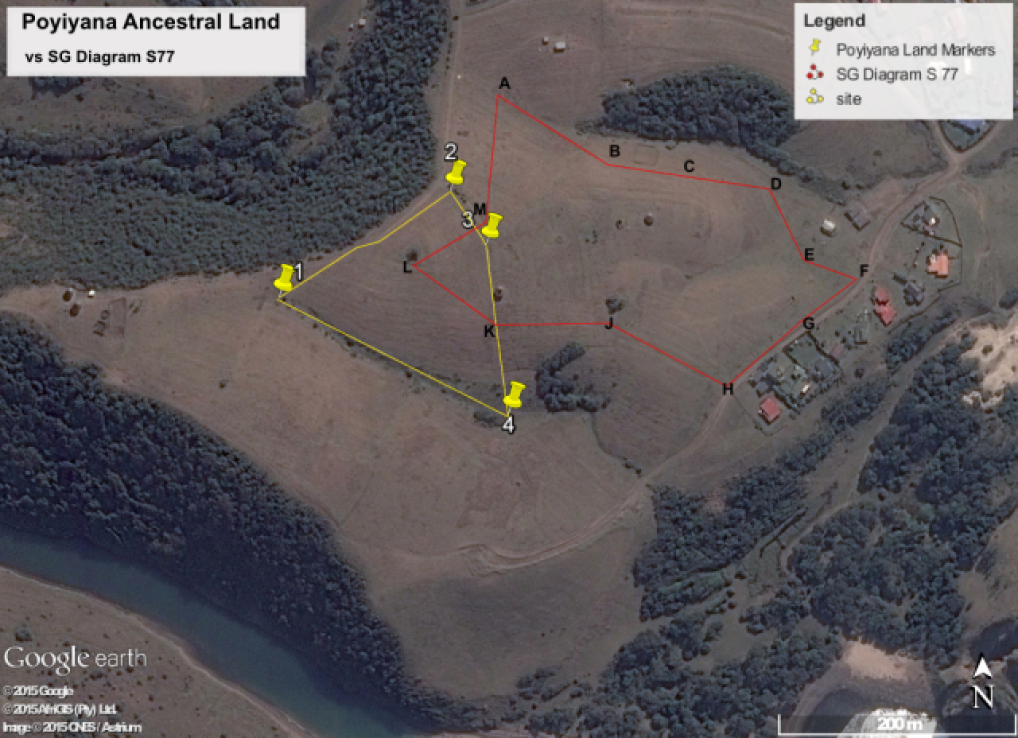 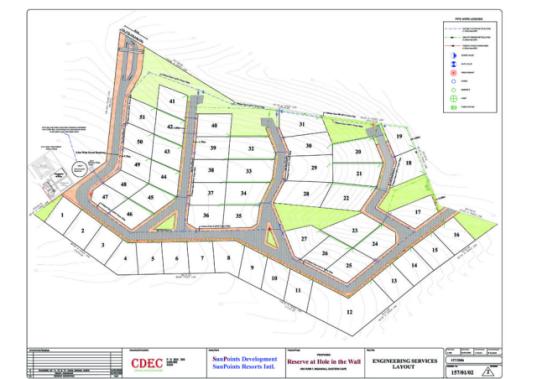 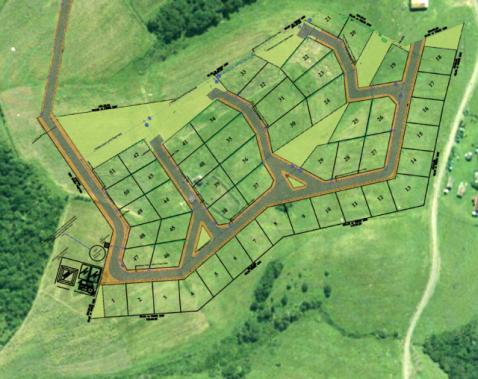 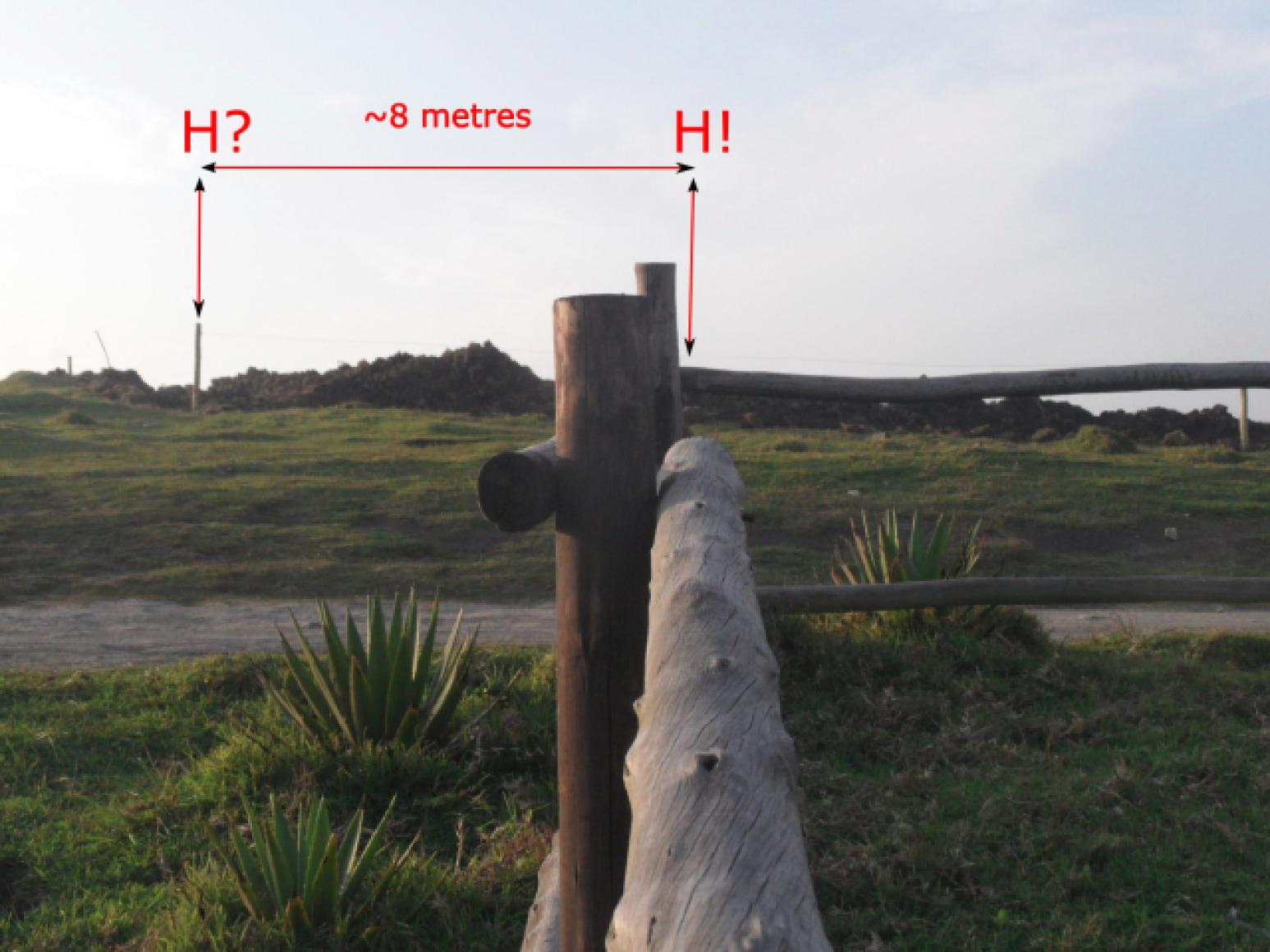 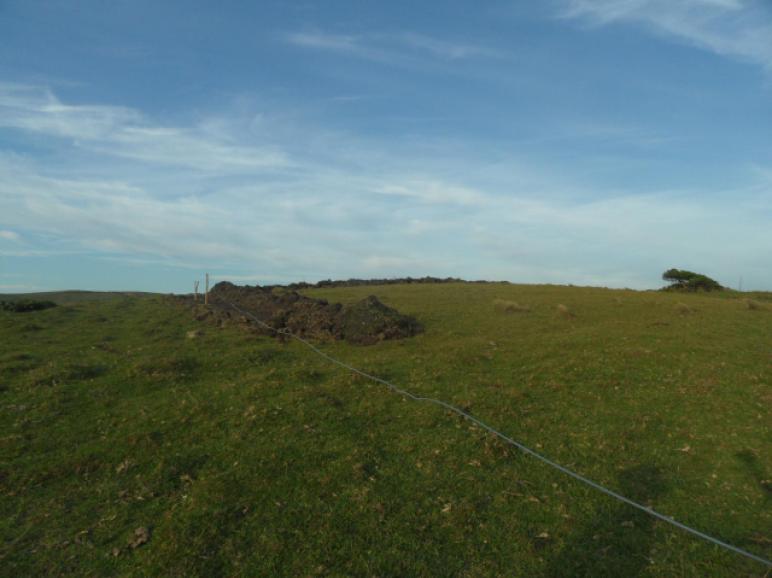 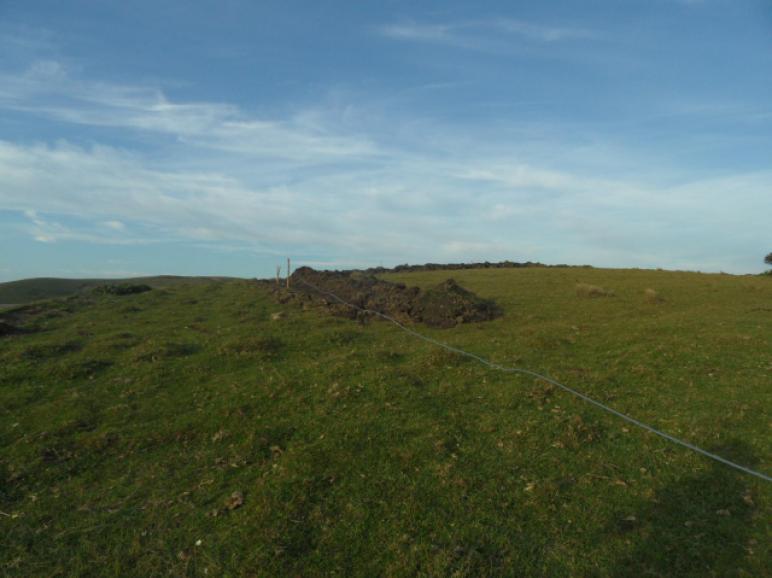 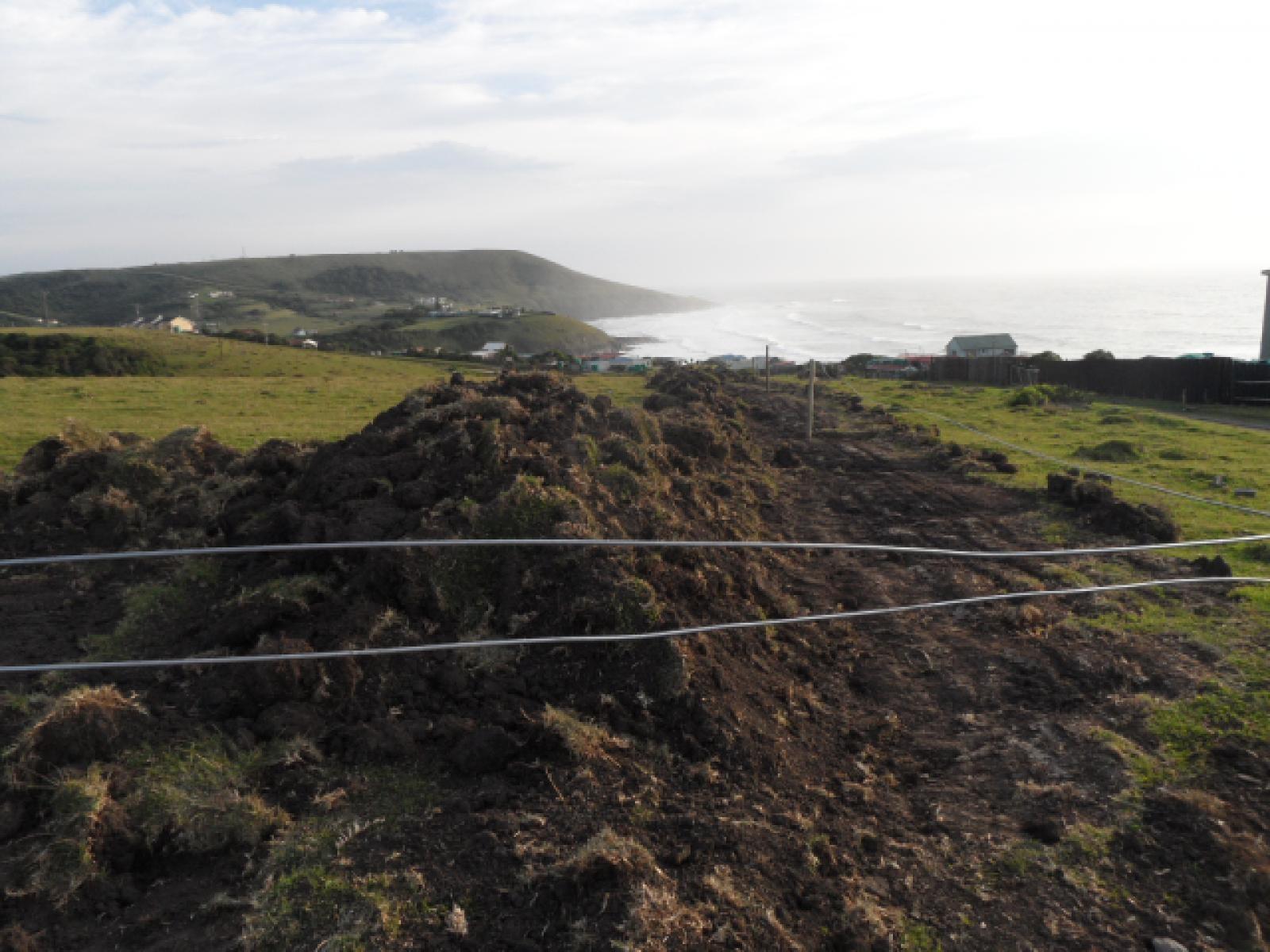 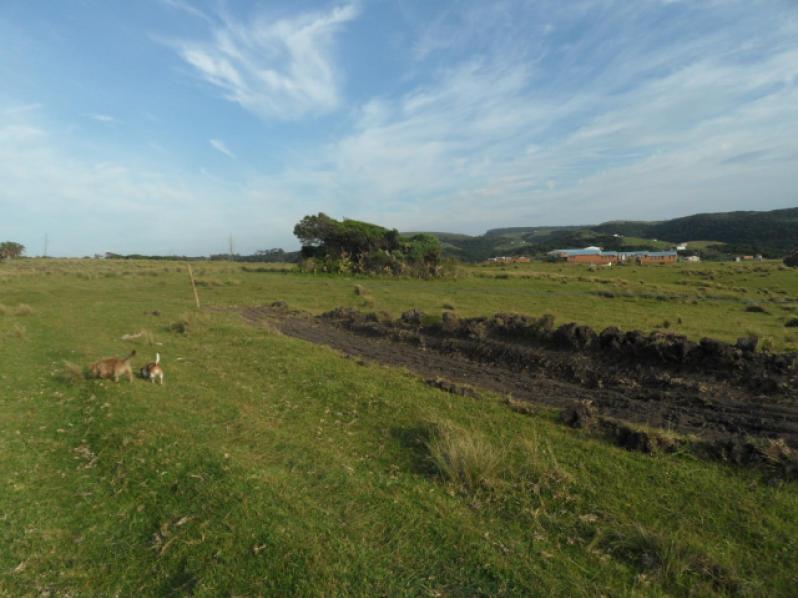 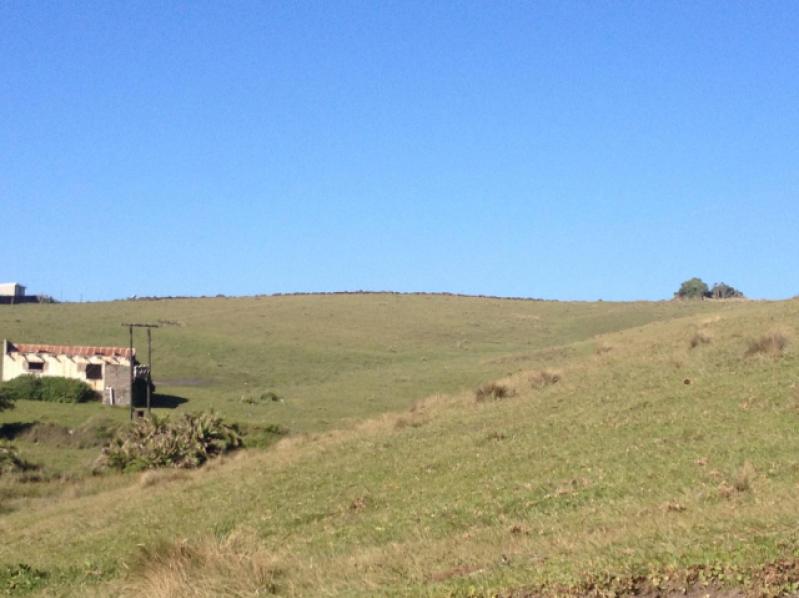 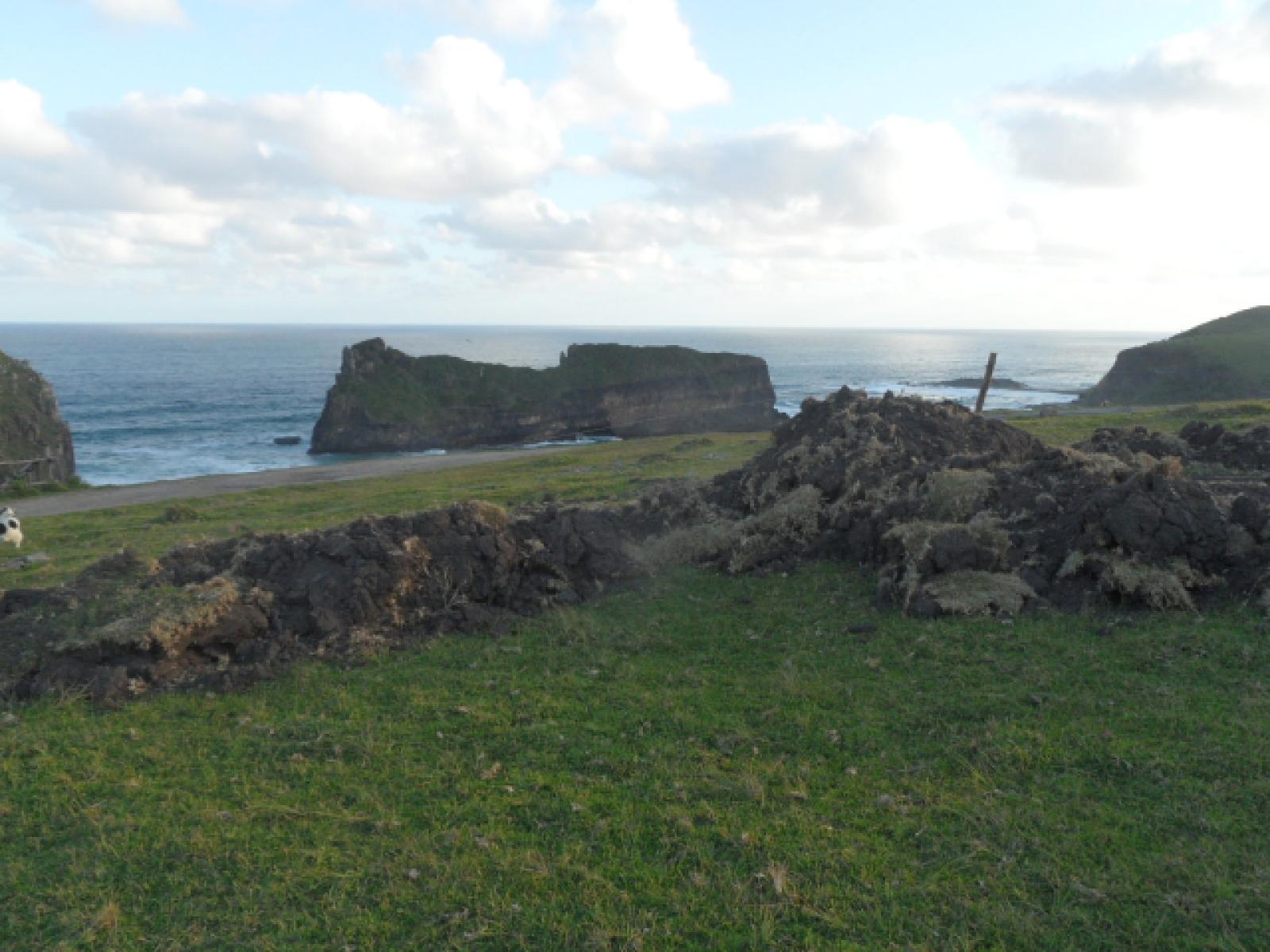