Submitted 13 years 4 months ago by WildCoast.Com.

The terrestrial environment of the Wild Coast is commonly divided into two broad areas. South of Port St Johns lies a gently undulating coastline, interspersed with rocky points, and is more densely populated with highly popular holiday destinations and homes right to the shoreline. Vegetation types most predominant in this area include the Transkei Coastal belt grasslands and scarp forests. North of Port St Johns the rugged plateau of the Msikaba Formation sandstone, deeply incised by narrow river gorges and fewer sandy beaches, is congruent with the Pondoland Centre of Endemism (PC), a local endemic focus of the MPR (van Wyk & Smith 2001). The Msikaba formation is characterised by frequently shallow, highly leached, acidic, sandy soils of low production potential (van Wyk & Smith 2001, Abbott 2002). It is largely only good for grazing in the summer months and most local inhabitants live further inland.

The PC vegetation is characterised by grasslands interspersed with forests along protected riverine gorges and other isolated forest patches (van Wyk & Smith 2001). The Pondoland-Natal Sandstone Coastal sourveld grassland is predominant. Outside of conserved areas (Mkambati, Oribi Gorge and Umtamvuna Nature Reserves), the grasslands vary in the level of transformation and degradation, from relatively light utilisation (along coastal areas) to completely modified areas (cultivated). More than 80 plant species are endemic to the region (van Wyk 1990) and it is suggested by local ecologists that grasslands in reasonably good natural condition should rate highly for conservation prioritisation (Abbott 2002), as even grazed lands contain refugia such as wetlands that contain a diverse biota (Abbott pers comm.).  Forests in the PC are largely constrained by gorges, confined roughly to the lower 15km from the sea (Abbott pers comm.), and other topographical features providing protection from fires. They have remarkable species diversity (330 woody species – Abbott et al. 2000) and levels of endemism (30 endemic spp.) (Abbott 2002). Complete species distributions are often not known, but many species are likely to have isolated populations and limited ranges, conducive to being very rich in endemics. Rocky outcrops, wetlands, swamp forest (the rarest of the forest types in the PC), dune forest and mangroves complete the compliment of broad habitat types that contribute to the regions diversity and endemism. The Pondoland centre of endemism is recognised by DEAET which aims protect at least 10% of its area by 2013 (DEAET 2004).

The Transkei has an estimated 100000ha of indigenous forest, 70% of which is gazetted as State land under control of the DWAF. Within the Wild Coast there are approximately 50000 ha of indigenous forest. Many of the smaller patches of indigenous forest are under the control of local tribal authorities and referred to as Headman’s forests. These Indian Ocean Coastal forests are sub-divided into six subtypes: Pondoland Coast, South Coast, Dune, Swamp, Coast Scarp and Mangrove forests. Forest classifications vary considerably in the area see discussion in Part B.

A study conducted in the Transkei Coastal Forests found that all indigenous forests surveyed showed utilization to varying degrees (De Villiers and White, 1997) Principal utilization included wood collection (live and dead), livestock grazing, commercial exploitation of wood for the curio trade, bark stripping for medicinal use, illegal erection of holiday cottages, and more minor disturbance from roads and footpaths, refuse, edge fires and alien invasive species. The study reports that utilization pressure of smaller Headman’s forests and small forest patches does not appear to be sustainable. Management of indigenous forests is inadequate.

Although systematic surveys of the whole region are still needed, more than 130 endemic vascular plants were recorded and include a monotypic family (Rhynchocalycaceae), at least 6 monotypic genera and over 30 endemic tree, creeper and shrub species (van Wyk & Smith 2001). The Umtamvuna Nature Reserve (3257 ha) is an example that compares well with well known areas of floristic diversity (Abbott et al. 2000). The nature reserve contains at least 1435 plants species, approximately the same number of species as the whole of the Kruger National Park or Great Britain, including 82 endemic and near endemic species. The Cape of Good Hope Nature Reserve (77 km2) in the Cape Floristic Region supports at least 1080 plant species and probably 11 endemics.  Pondoland endemics are noted for having very narrow distributions along the coastal belt and “are thought to be palaeoendemic relictual species on the verge of extinction with poor reproductive ability” (Abbott 2002), and as such are highly vulnerable to disturbance and unwise land modification.

The number of endemics in the Wild Coast is still undetermined as systematic surveys are lacking or fragmented for most taxa. However, preliminary surveys in recent years have revealed many new species and it is certain that further taxa await discovery (Abbott 2002). As distributions and dynamics are poorly known and species diversity and endemism are so high, local ecologists are concerned that without immediate conservation, untold species could be jeopardised or lost (Abbott 2002). Serious threatening factors for this region’s biological environment include uncontrolled and ill-planned agricultural expansion, illegal cottage developments and associated impacts, proliferation of alien invasives, illegal invasion of state forests, major destructive activities (such as road building and mining) and inappropriate management practises (van Wyk & Smith 2001, DEAET 2004). This in addition to high eco-tourism potential and the biological importance of the area, warrants a high prioritisation of conservation investment in the region. On a global scale, the MPR was identified as one of the regions requiring highest priority for new conservation investment in the form of protected areas based on the high irreplaceability and vulnerability recorded (Rodrigues et al 2003). While securing many benefits for society, the conservation of priority areas for global biodiversity has the potential to impart local costs in terms of placing limitations on use and development, and therefore a careful consideration of options for future conservation and development is essential.

The Agulhas Current Ecoregion which lies along the east coast of South Africa is recognized as one of the Global 200 Ecoregions which harbour exceptional biodiversity and are representative of the regions ecosystems. This ecoregion is described as relatively stable (Olsen & Dinerstein 2002). The coastal region of the Wild Coast is termed the Transkei Inshore Bioregion as defined by the NSBA (Lombard et al. 2004) and lies between the Kei and Mtamvuna Rivers. The intertidal zone of the Wild Coast forms part of the Agulhas and Natal Bioregions as defined in the NSBA (Lombard et al. 2004). The Agulhas Bioregion lies south of the Mbashe River, while the Natal Bioregion lies to the north.

Of southern Africa’s 227 endemic coastal fish species (mostly from the Clinidae (klipfishes), the Gobidae (gobies), and the Sparidae (seabreams e.g. stumpnoses, red steenbrass) families), endemic species numbers peaks along the coast of the Eastern Cape. There are also high numbers of endemic marine invertebrate species in a unique transition zone along the Wild Coast between East London and Durban.

The east coast of South Africa is also classified by Conservation International as one of the top ten coral reef hotspots. The key threats facing the hotspot are: Land-based sources of pollution, fishing and tourism development. The area has rich coral communities encrusting sandstone reefs, which are bathed by the warm Agulhas current. A number of marine protected areas occur within this region but require greater enforcement and management strengthening.

The Mzimvubu to Keiskamma Water Management Area (WMA), which includes the Wild Coast, is the only one of the 19 WMAs in SA which has no inter-catchment transfer schemes. From the catchments of the Wild Coast run five major and medium-sized rivers (Umzimvubu, Mbashe, Kei, Mtata and Mtamvuna Rivers) and nearly 100 minor rivers and estuaries. Freshwater aquatic systems have been poorly researched in the Wild Coast but it is likely that this region will be host to important areas of freshwater endemism and diversity.

Already important estuaries along the Wild Coast have been identified as having high botanical importance, with the Wild Coast’s Mngazana, Mbashe and Keiskamma estuaries being highly ranked nationally (DEAET 2004). A study by Colloty & Adams (1999) showed that the Pondoland estuaries are nationally important as they have been the least impacted over time. These estuaries also have species such as the mangrove fern and fringe mangrove communities. Estuaries are highly sensitive systems whose salinity and mouth closure are easily influenced by water abstration projects, dune mining, floodplain agricultural activities and unmanageable harvesting of mangrove forests. These mangrove forests are at their most southerly distribution at the Wild Coast. These unique forests, containing some species prized as medicinal plants, are linked to the warm subtropical marine currents. Two mangrove species are of particular concern as they have been completely removed from three estuaries (DEAET 2004).

Please can you help with a list of the flora from the nothern costal part of the transkei.I would like to find out the different botanical names of watsonias you find(pink)on the way to Mtentu .

You should be able to find the one you're looking for amongst these: Watsonia bachmannii Watsonia mtamvunae Watsonia pondoensis Watsonia inclinata (http://www.wildcoast.com/content/pondoland-centre-endemics) For more info try get hold of The Genus Watsonia by P. Goldblatt, or contact Tony Abbott, P O Box 111, Port Edward 4295

I’m looking to find information about the marine life found on the rocks along the wild Coast. Specifically the 1cm in size and height “mountain-like” Grey structures that house little creature. When touched, the little creatures tuck themselves deeper into their “mountain like” housing. Could you tell me what these are? Thanks

Those are the "Barnacles"

Those are the "Barnacles" 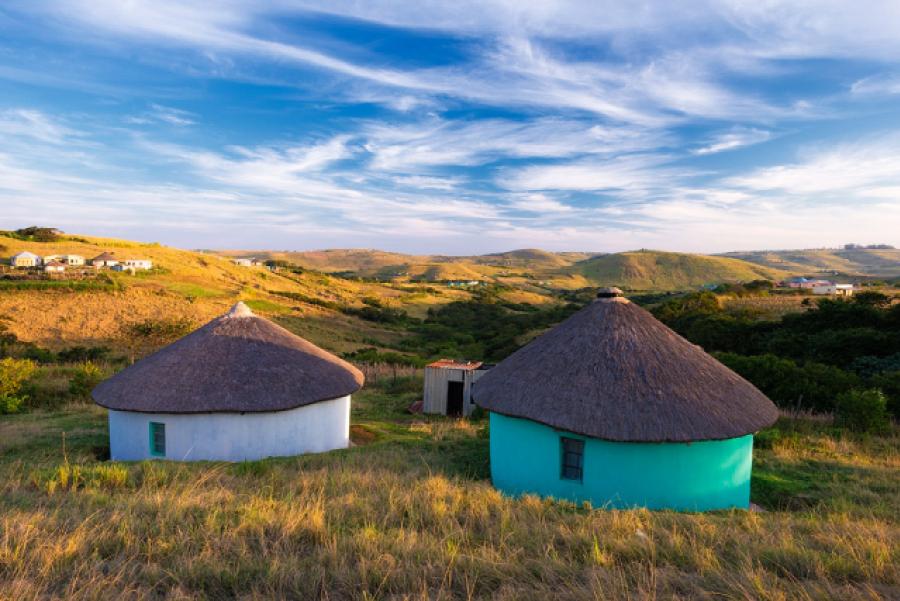 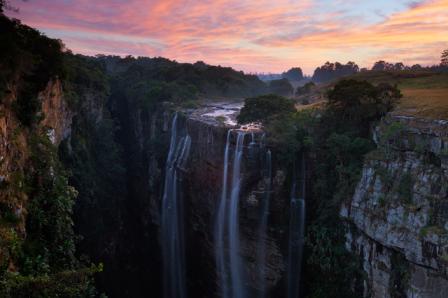 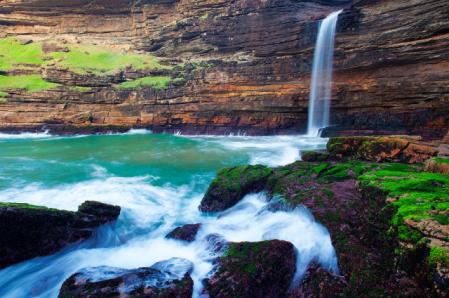