The infamously dangerous 300km coastline between East London and Port Edward known as the Wild Coast has been described by experienced seafarers as South Africa's own Bermuda Triangle; where ships disappear without a trace.

Freak waves which frequent this notorious coast have plunged untold ships to the bottom of the Indian Ocean, or sent them crashing onto the shore. The most famous victim was the SS Waratah, which vanished a hundred years ago, on the 29th July 1909, with all 211 passengers and crew aboard. (See www.wildcoast.com/shipwrecks for more info.)

The last ship to tragically sink with all her crew was the Indian-registered Cordigilera, which disappeared without a trace on November 13 1996¹ in the vicinity of Port St Johns. Seven months later, on the 9th of July 1997, the Romanian cargo vessel, the Calarasi, perished in similar weather conditions about five nautical miles from the site where the Cordigilera went down. In her case, however, twenty of her 21 crewmen were airlifted to safety from this treacherous Transkei coast.

The eastern seaboard of southern Africa is notorious for its ferocious coast, and modern day maps still warn of possible 20m freak wave phenomena. Factors in (the disappearance of vessels certainly) the formation of freak waves may be that in some parts (near Port St Johns, particularly) the continental shelf is extremely close to the shore. Scientists have theorized that the deep (3000m) and swiftly flowing Agulhas current, which moves in a south-westerly direction, is accelerated further by strong winds from the north-east which can increase the surface speed of the water to over 7 knots. Subsequently, counter winds then form enormous waves which are extremely dangerous.

So there is little or no dispute as to how the Wild Coast originally got its name; yet it is appropriate, too, for its untamed splendor and sheer spectacular cliffs which, in two places, feed waterfalls directly into the ocean. Amongst the small handful of waterfalls on Earth which exhibit this rare elemental combination, two are located within the Pondoland Centre of Endemism (PCE: an internationally acclaimed Biodiversity Hotspot) between Port St Johns and Port Edward. The northern perimeter of the PCE, the Xolobeni region, is threatened by strip-mining for its heavy titanium bearing minerals; apparently the 10th largest deposit on Earth. (www.wildcoast.com/xolobeni)

Perhaps there is some connection between the mineral wealth and the savagely beautiful landscapes and unique flora along this mystical, legendary wild coast.

Historically the name “Wild Coast”  is an exceedingly accurate appelation as well; in that the area where it is geo-politically located; the Transkei (which literally means across the Kei River) never really succumbed to colonial rule. Even until today the Transkei Wild Coast remains one of the last unspoiled frontiers of South Africa, and a cultural crucible for the amaXhosa people:

Archaeological evidence dates the presence of hunter-gatherers in the region from 150 000 - 500, 000 years ago, whilst agro-pastoralist settlement in the fertile coastal valleys dates back to the late 7th century AD.

--
Jeff Brown
Hole in the Wall
22 October 2009
(Extract from https://www.wildcoast.co.za/history/development)

Dear Sirs Your dates for the losses of the above ships are incorrect by a decade. The ships were lost in 1996 and 1997. I know - I was the investigating lawyer on both and interviewed the survivors of the Calarasi. Best regards Kevin Oram

Could you perhaps give me the distance of the continental shelf off Port St Johns? 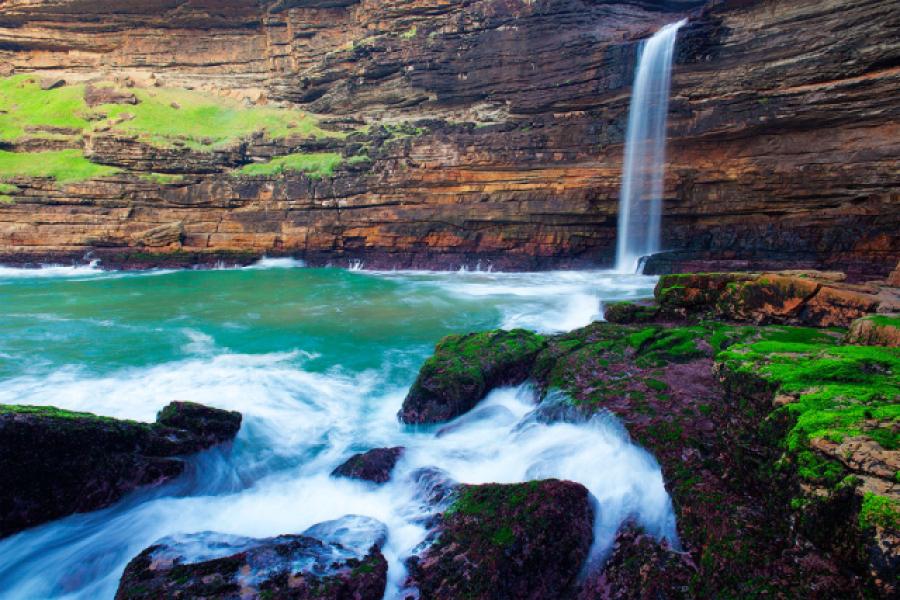