- A version of Wikipedia aimed at school children has been launched with the content limited to articles suitable for children. Accessible online and as a download, the encyclopedia will soon be found in all tuXlab schools in South Africa. (Source: Balancing Act)

- Intel is to team up with Asustek Computer Inc to produce a cheap computer for developing countries that might sell for as little as $200 but going up to $4-500. One Laptop Per Child has moved its launch date back to July this year. It may well have a flash memory hard drive, a 7-10 inch screen and wireless Internet. It will either run a freely available Linux operating system or Windows XP. (Source: Balancing Act)

- The Ethiopian Government has conducted another sweep of cyber-cafes offering VoIP calling services. Some of the users arrested were so young that they had to be released.

Mixed reaction to traditional affairs plan
Sipho Khumalo
June 08 2007 at 10:31AM
The move by the national cabinet to approve the proposal for the establishment of a national department of traditional affairs has been welcomed by many in KwaZulu-Natal, but is viewed with suspicion by the DA.

It was reported on Thursday that the cabinet had approved a proposal by the Minister of Provincial and Local Government, Sydney Mufamadi, for the creation of the traditional affairs department at an estimated cost of R135-million a year. 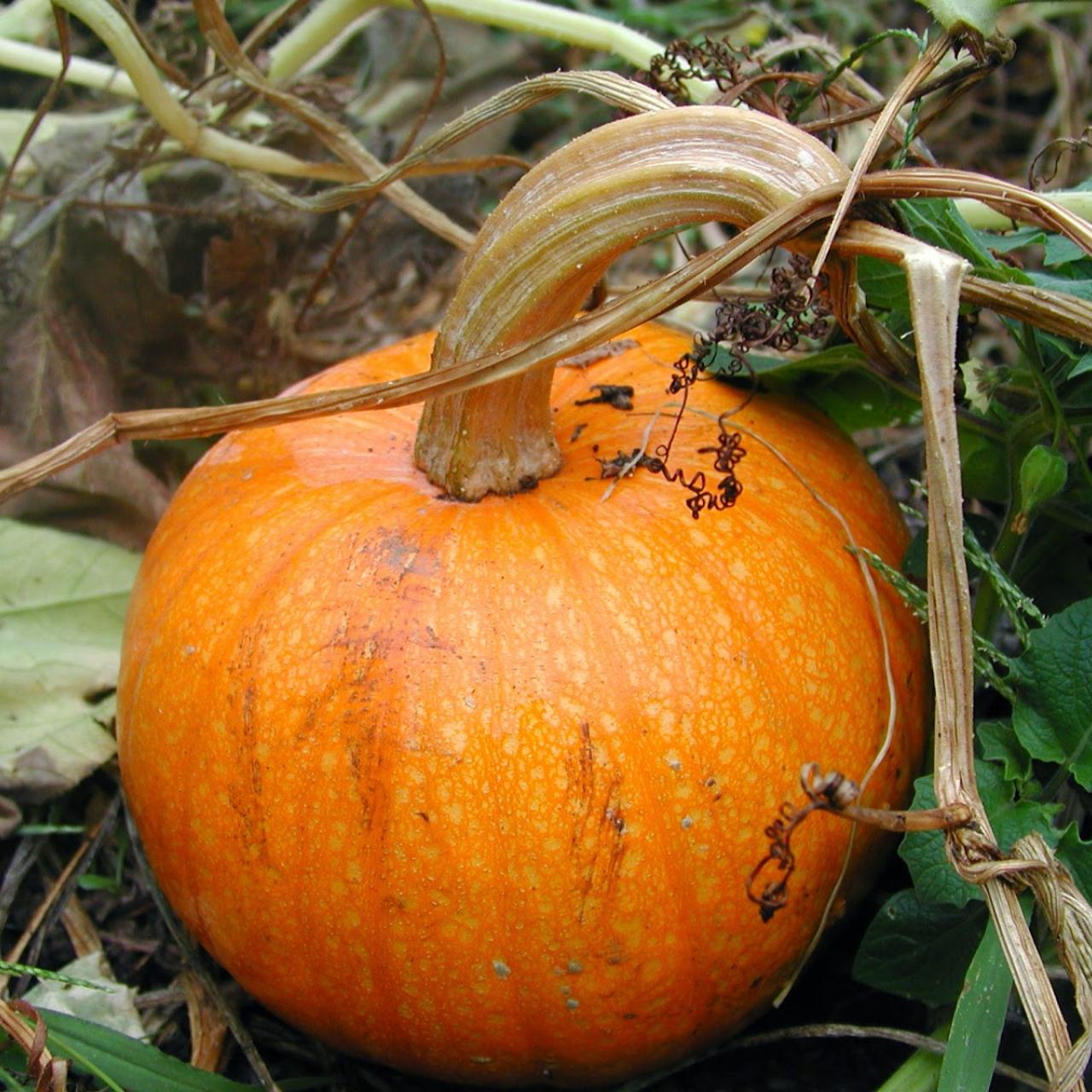 Wikipedia has this to say on Traditional Knowledge:

"That in addition to currently recognized land and property rights, indigenous peoples have rights to "intangible" heritage; 5. Access to and use of this heritage requires their full, prior informed consent."

While the following is from the Convention on Biological Diversity website:

Here are the original articles - thanks to www.swc.org:

There are many demonstrations of the power of community collaboration over the net - MERLOT (Multimedia Educational Resource for Learning and Online Teaching), Curriki and Wiki Educator being fairly good examples.

Several African countries have joined the Wiki Educator FLOSS4Edu project; but SA is noticeably absent - as with the OLPC project (although there is a small hope of a groundswell movement at www.laptop.org.za.

Quote of the day!

"An article John Clarke has co-written with Richard Spoor says the threatened area is of inestimable cultural and environmental value. Hosting the Pondoland Centre for Endemism, a global biodiversity hotspot, it is arguably the most beautiful coastline on Earth.

Taking issue with the Australian company, the article adds, "Mining the Pondoland Wild Coast is the moral, cultural and aesthetic equivalent of quarrying Ayers Rock for granite, or the Great Barrier Reef for calcium carbonate."

Read the full Sunday Tribune article on the threat to our dunes - by Leon Marshall.

New threat to our dunes
As an Australian mining company plans to plunder the dunes of the Wild Coast, Leon Marshall ponders whether the lure of jobs and wealth creation will overcome pressing environmental concerns

Shades of St Lucia are hanging heavily over the Wild Coast, where dune mining is causing divisions in the community. Even the arguments are the same, as are the rising tensions that have led to allegations of threats and acts of violence.

An ANC party source in OR Tambo, the district municipality of which KSD forms a part, told the M&G last week that the ANC has realised that “its strategies to frustrate the UDM when it was in power” were “not premised to benefit the poor."

Pioneer Lodge, the first cottage at Hole in the Wall, has a sign on it saying 1894. Rumor has it that it was only during WWII that any others were built; as the Resorts Board created incentives for people (allies) to locate there during the War to keep lookout for German U-Boats rumored to be receiving stores and fuel along the Wild Coast - near Hole in the Wall and Coffee Bay, specifically. So around that time generous individual plots of land were leased on a 3 year quitrent system, and under certain provisos granted by the Headman of the area, to the respective holiday home owners. Now the question as to why these holiday resorts were treated differently to everywhere else along the coast of South Africa (since long before 1948, and right up till the present) remains a very good one. Where no land claim disputes exist - for example - why shouldn't the cottage owners simply have retrospective rights to full title-deed? Possession is still 9/10 of the law in the greater scheme of things, and most of the Wild Coast beach resorts were never previously inhabited - only visited occasionally by wandering Strandlopers.

There's been this moratorium on any and all developments along the Wild Coast for the past 13 years - apart from Incopho and their American cohort's proposed Resorts on huge chunks of land appropriated - under false, or entirely misleading pretexts - from the Hole in the Wall, Coffee Bay, and Mdumbi communities.

Hole in the Wall

Life is difficult for the villagers of Hole in the Wall

where crops failed disastrously this year with torrential downpours bringing rainfall of over double the normal annual average, and there is heightening drama over the woman "headman" who has to all intents and purposes usurped power in the area and has her opposition effectively tied-up and confounded by restraining orders.

The late Headman, Mzoxolo Mdedeleni, passed away in 2003 leaving no legal heir. His estranged wife of several years, Nowinas (who apparently left him of her own accord and had been living with another man in Johannesburg), was asked at the funeral by elders whether she had any legitimate son by the late headman; and she is reported to have said that she had only 3 daughters by the man. However, she later returned from Johannesburg with 3 boys whom she is now claiming are Mdedeleni's sons. The local community believe the boys bear no resemblance to the Headman, and that they are "from the bush", so to speak - and insist on having DNA tests to settle the issue. In any event, the local community want Mdedeleni's half-brother (Madikude, of the same royal bloodline) to rule instead; but arguments against her were met with restraining orders... and arrests when the restraining orders were inevitably broken. Two sub-headmen from the district (one of whom is the sub-headman nominally in control of the village and lands at Hole in the Wall itself) and two of their advisors have been out on bail of R1,000 each since August 2006 - and have appeared at the High Court in Umtata several times for remandments.

Save the Wild Coast Campaign 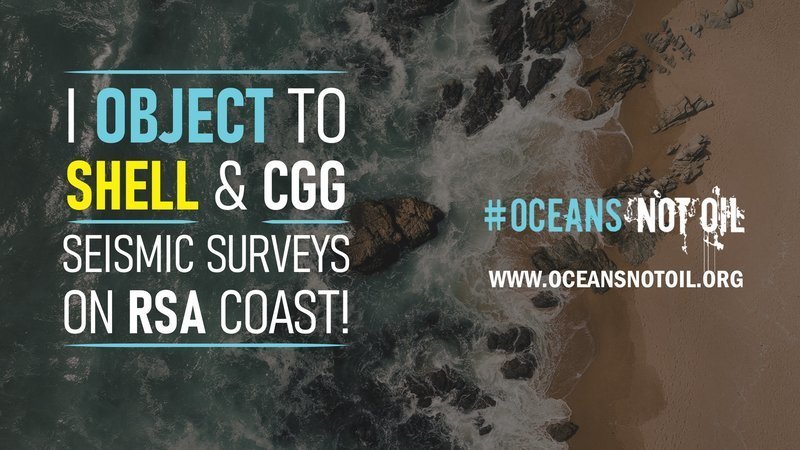 Please sign the petition to help stop Shell from seismic blasting along the Wild Coast! 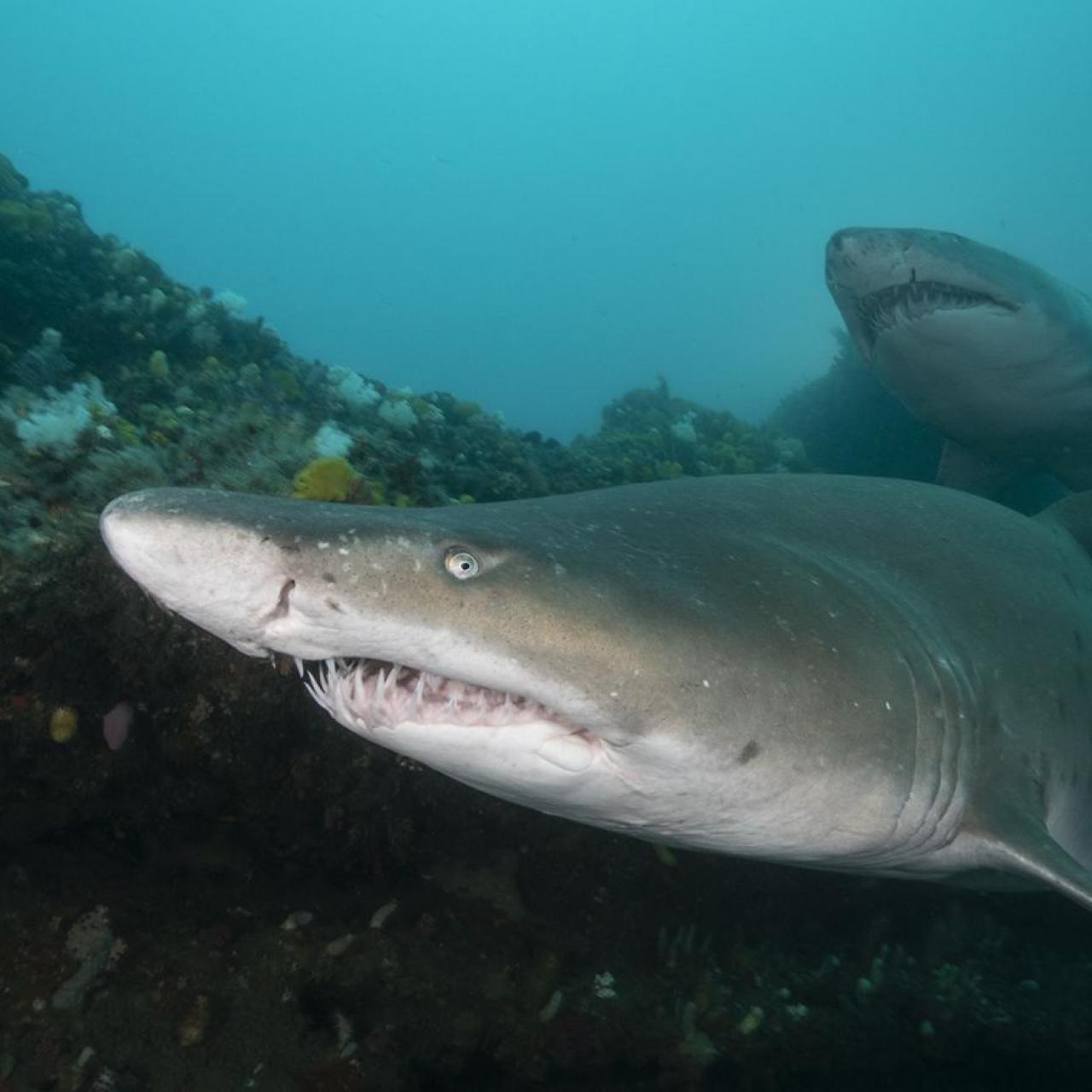 The deputy minister of education, Enver Surty discussed the real challenges a digitally-supplemented education at primary and secondary level faces in South Africa. Approximately 30 percent of schools currently use computers for teaching and learning, with only 2 percent of those schools actually connected to the Internet. The Gauteng province is at the forefront to enable schools to engage in the digital age, but still faces a severe lack of infrastructure. The reality in South Africa is that most schools need to construct solid buildings before they can even consider putting ICT infrastructure in, hence the need for an integrated development strategy. The government has mandated that by 2013 no child will leave a government school in South Africa without basic computer literacy; and there is obviously a long road ahead.

The terrestrial environment of the Wild Coast is commonly divided into two broad areas. South of Port St Johns lies a gently undulating coastline, interspersed with rocky points, and is more densely populated with highly popular holiday destinations and homes right to the shoreline. Vegetation types most predominant in this area include the Transkei Coastal belt grasslands and scarp forests. 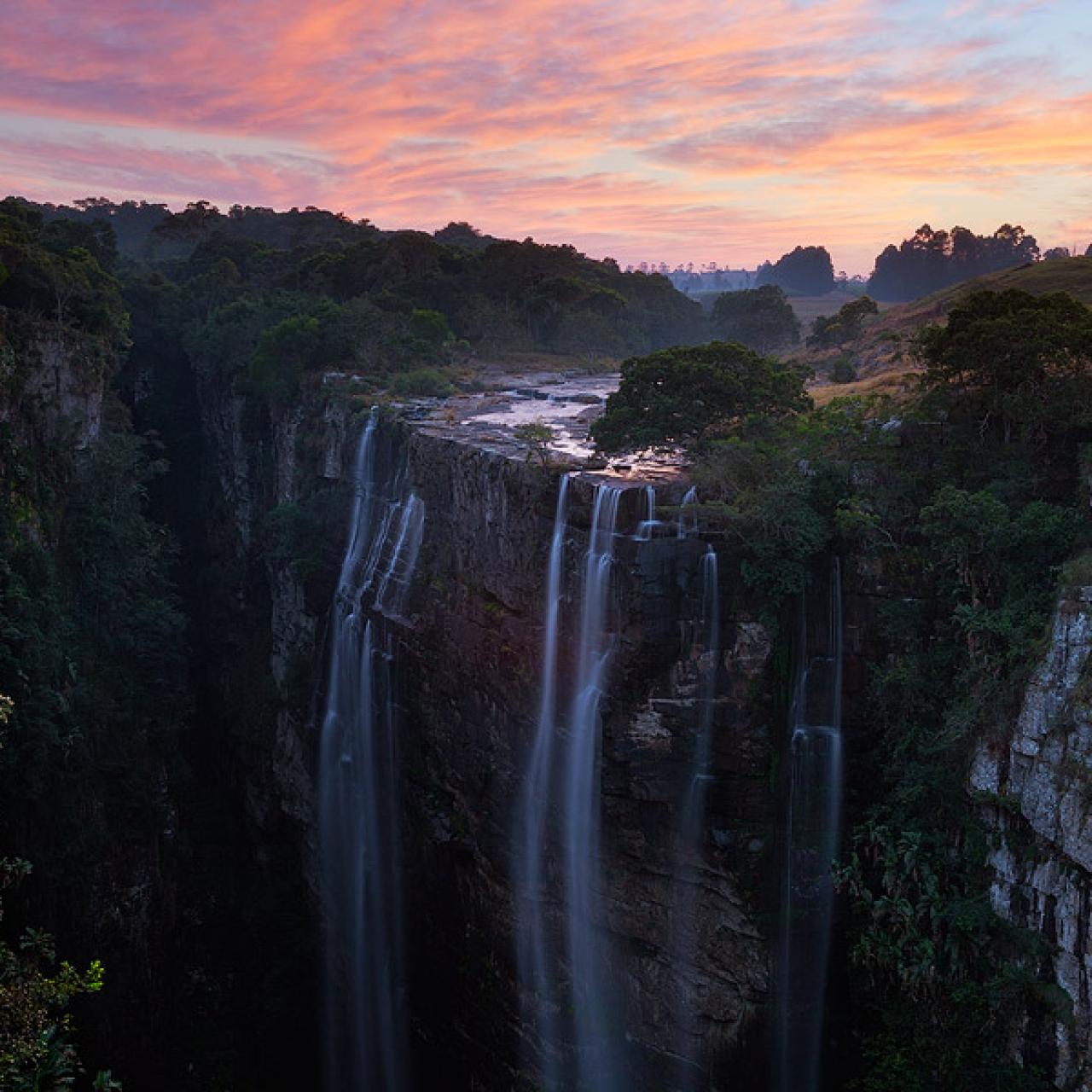 I hope nobody uses that against me...

Life is hard enough without having to defend against mischievous gremlins.

1856 was a bad year for the Xhosa nation of the Wild Coast.

Their lands had been taken by the British, drought had withered their crops, and their prized cattle were dwindling under a mysterious disease.

The people were facing a hard winter when hope came in the shape of a young girl called Nongqawuse, the niece of a prophet. Nongqawuse claimed that the spirits of the ancestors had spoken to her from a pool in the Gxara River. 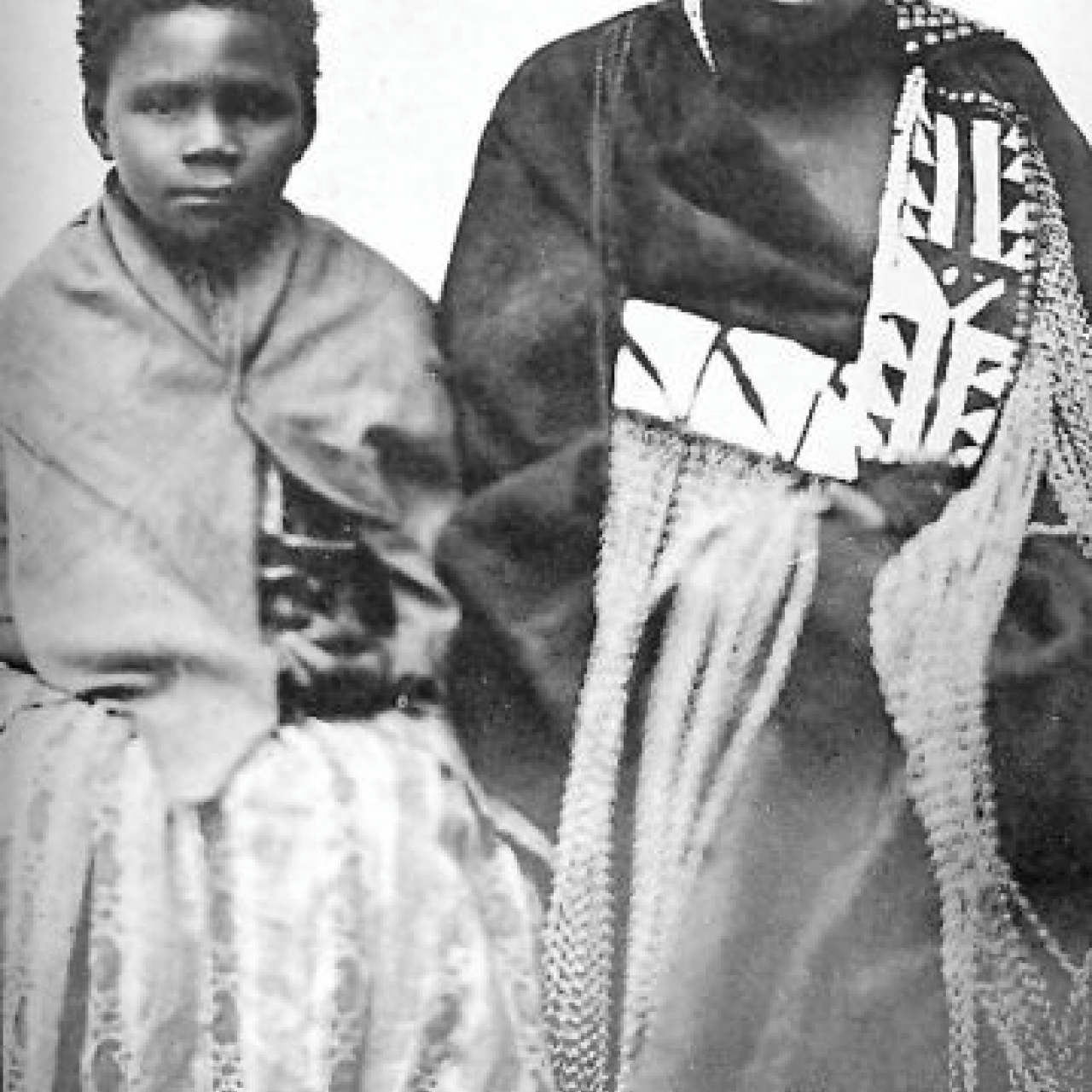 The hole in the wall experiment

A billion people live in India -- one of every six on the planet. Half of them are illiterate. Only one in four has access to adequate sanitation. Some 350 million Indians live on less than a dollar a day. Yet India is also home to some of the world's most advanced high-technology firms, and New Delhi is Silicon Valley East.

Several years ago, a computer scientist, Dr. Sugata Mitra, had an idea. What would happen if he could provide poor children with free, unlimited access to computers and the Internet? Mitra launched what came to be known as the hole in the wall experiment. FRONTLINE/World producer Rory O'Connor first encountered Dr. Mitra and his experiment while directing a film on global poverty.

UniNet and Ilizwi Telecommunications (ITel) recently concluded a deal that will see the rollout of a broadband network in the Eastern Cape. ITel is a licenced "Under Serviced Area Licencee" (USAL) for the OR Tambo district, which includes the towns of Umtata, Mqanduli, Libode, Tsolo, Qumbu, Ngqeleni, Tabankulu, Port St Johns, Lusikisiki, Flagstaff and Bizana.

Andile Nontso, director of Itel, says plans include the deployment of a wireless access network to deliver fixed and mobile voice and data services throughout the district. The first phase of this project is expected to be complete before July next year. UniNet will jointly operate the network with Itel for an initial five-year contract period.

Thin edge of the wedge

There was a near riot up at the signboarded ploughfield last Saturday and heated discussion on and off during the week when everyone wasn’t at home while the "khamkham" blew over with buckets of rain. (We had about 150 mils in 3 days.) 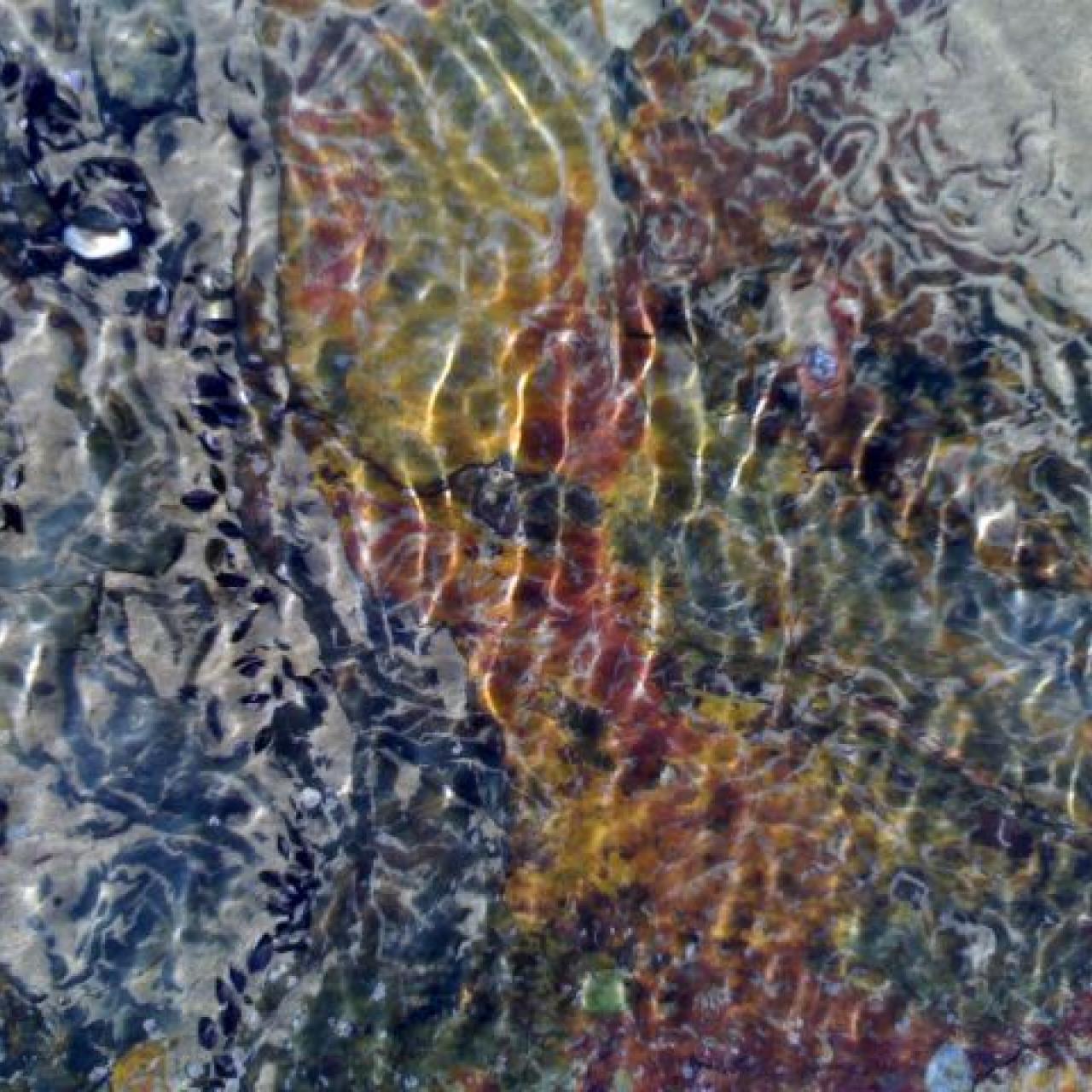