Thin edge of the wedge

Submitted 15 years 2 months ago by WildCoast.Com.

There was a near riot up at the signboarded ploughfield last Saturday and heated discussion on and off during the week when everyone wasn’t at home while the "khamkham" blew over with buckets of rain. (We had about 150 mils in 3 days.)

The Dispatch had this to say: http://www.dispatch.co.za/2006/08/01/Easterncape/abhole.html

I don’t know what their follow up is, but it appears that the community are unhappy and feel that Bossie Bosman went behind their backs to the ward councilor and the government and only consulted them after the fact.

Things unravel themselves sometimes. I’m so relieved - I’ve been in an agony of indecision over how deeply to commit myself.

Here’s my take on it:

I spoke with Nicholas Scarr, manager, Coastal Zone Management for the Eastern Cape, who kindly sent me a copy of the RoD (Record of Decision) and gave me a condensed rundown on the department’s rationale on the development. The assistant director of the O.R. Tambo Region who was responsible for the RoD, Briant Noncembu, has been transferred to KZN.

It’s a heavy precedent. To put it lightly:

There’s been no development along the original Wild Coast in decades. Well in forever, really, and that’s a big part of the problem, I guess. It’s a sensitive ecological and political mindfield.

Let’s just say I’m very thankful to be witness to this turning point in the history of the Wild Coast.

So anyway, Incopho’s offshore developer / partner was here with a frontloader to "start excavating", and to take photos as proof, to fulfill their RoD terms to commence building within 12 months from the issue date of August last year.

Here’s an extract from one of their websites: "Pure Africa at Hole in the Wall is an oceanfront and riverfront exclusive property on a 5,000 acres private nature reserve and estate with a planned oceanview restaurant, spa and fitness facility, traditional outdoor dining/entertainment area, bar and lounge, swimming pool complex and private beach and conservation wildlife sanctuary all situated on a pristine and unspoiled oceanfront paradise."

Melt took me along with him to Coffee Bay to meet Bossie Bosman, MD of Incopho Development Projects, and Steve Dinning, board director from the Earth Conservancy NPO, the African Conservancy NPO, Pure Africa investments, and, presumably, Virgin Africa too. (www.theearthconservancy.org)

Really, I’m not against development here at all, and would welcome a growing community. But somehow, besides the issue of the rightful owners only being consulted after the fact, I find it amazing, after over 10 years of the "no development within 1km from the high water mark" moratorium, that the very first major development to get railroaded through is a well nigh full on disaster in the making. On so many levels.

Steve Dinning tells me that they went through all the channels correctly, but one has to wonder how that can be possible when there’s a terrible controversy over it at a local level.

Not too sure, but the moratorium prohibiting development within 1km from the high water mark may have been enforced even before reincorporation in ‘94. (There was no development before that because you had to be a Transkei resident to own a sea cottage.) Pretty much the only signs I’ve seen of development along this beautiful coastline in the past 20 years have been the Coastal Beautification project (read: concrete pathways through pristine indigenous forest, but at least they are creating employment), and the Hole-in-the-Wall "Whaleshead Club".

So anyway I spoke with Sidwell while he was on duty as day watchman at the hotel. Weeks ago. He’s one of the owners of the land, together with his brother Tele (his brother from another mother, actually. He gets his name from Telephone. Hehe. We’re roughly the same age, and I remember Tele proudly showing me his land when I was about 16 or so) and a couple of other folk. Sidwell told me that they organised the ploughing of the field because they would rather form a sustainable collective garden, and that they don’t want another hotel type development. His point is that they can also get funding from the government to do what they want with their land.

I pray that’s the end of the signboard at the ploughfield. 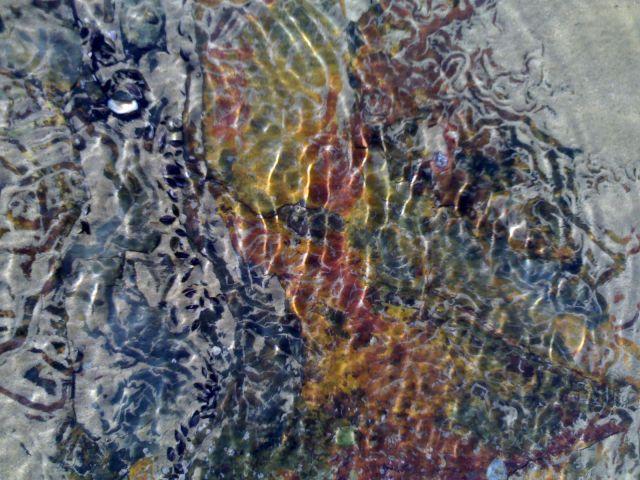