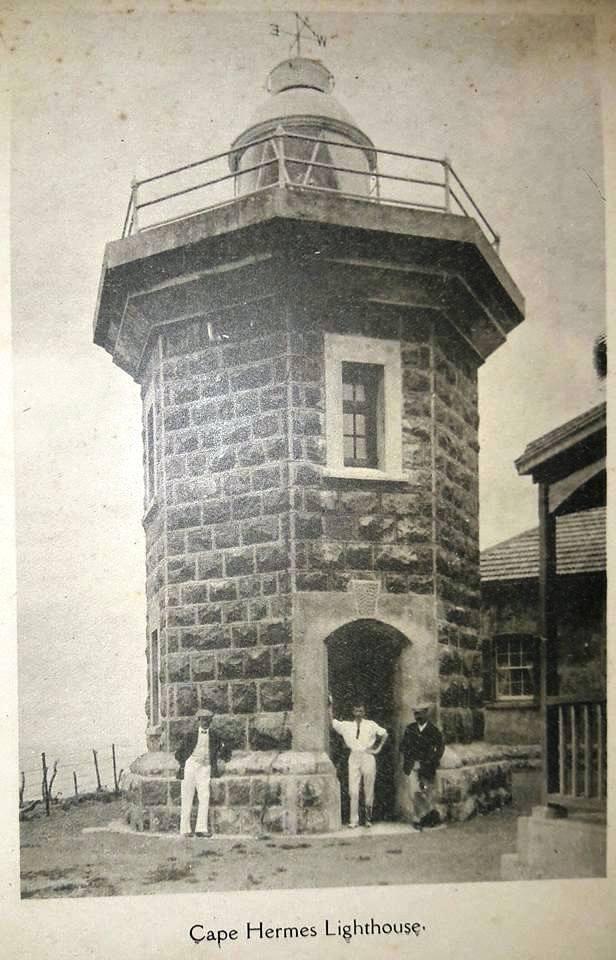 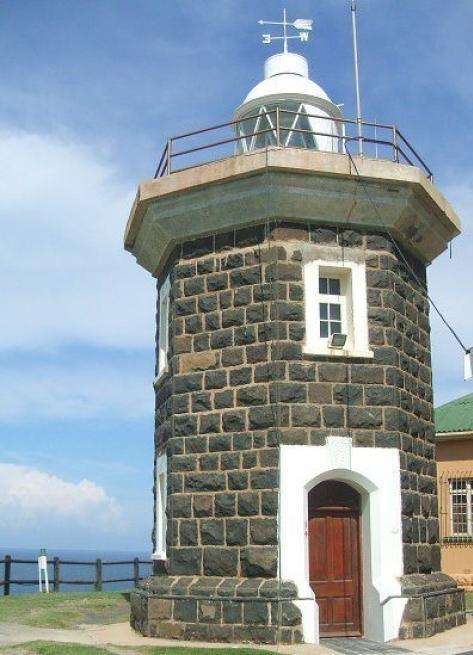 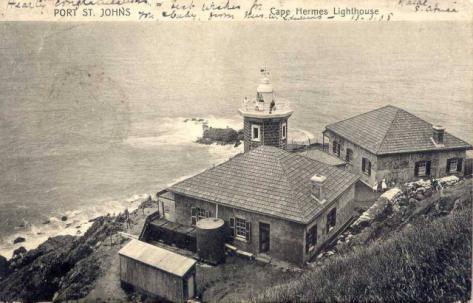 The Cape Hermes Lighthouse, named after the HMS Hermes that surveyed the Pondoland coastal waters, warns passing ships of the rugged rock alcoves that line this bay of danger on the East Coast of South Africa.

This Indian Ocean stretch is strewn with the remains of jewel carrying treasure ships sunk in the contours of the 'Jewel of the Wild Coast' namely Port St Johns.

These waters are protected by a small stone lighthouse built in 1903, which shines one flash every three seconds, and is visible from 13 nautical miles.

Situated in Port St Johns, which is a small coastal town and known as the jewel of the Wild Coast, the Cape Hermes lighthouse was built using granite rocks quarried from nearby. The lighthouse is octagonal in shape, and acquired its name after the ship, HMS Hermes that undertook national surveys of the Pondoland coastal waters. It was constructed under the direction of H.C. Cooper.

Commissioned in May 1902 and originally nothing more than a ships mast head light hanging outside the signal station, the records of the lighthouse date back to the lighthouse commission report of 1890. The more permanent traditional lighthouse, which is what we see today, came into operation on 16 October 1904.

The Wild Coast is strewn with the remains of ships, which have been caught by monster waves or sudden storms and dashed onto the rocks.

The famed Grosvenor wreck of 1782 gained considerable interest over the years, as there were stories of great treasure aboard. She was a three-masted ship of 729 tons burden and was returning to England when she was wrecked about 43 km away from Port St Johns. Captain Sidney Turner who dived into the sea with dynamite between his teeth to blow up the rocks did the first successful salvage in 1880. 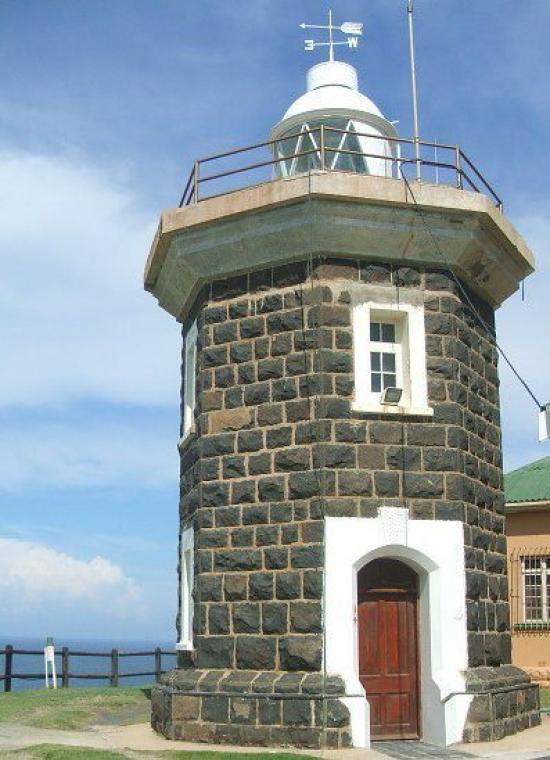 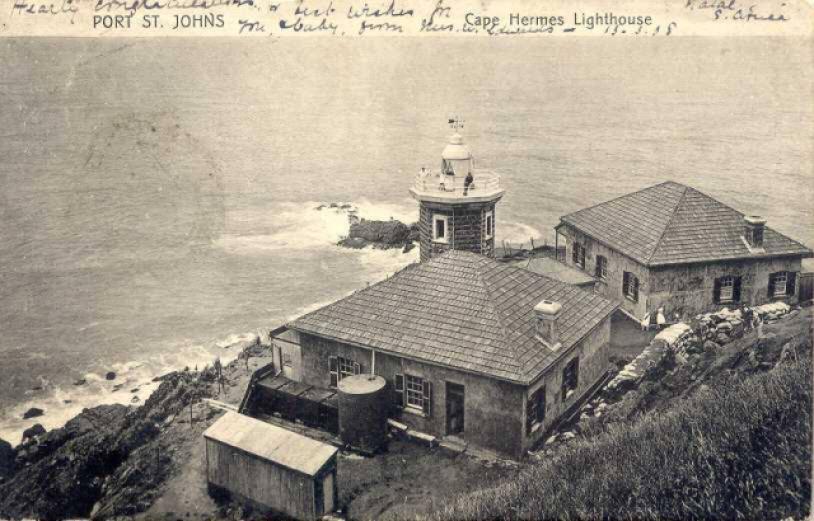 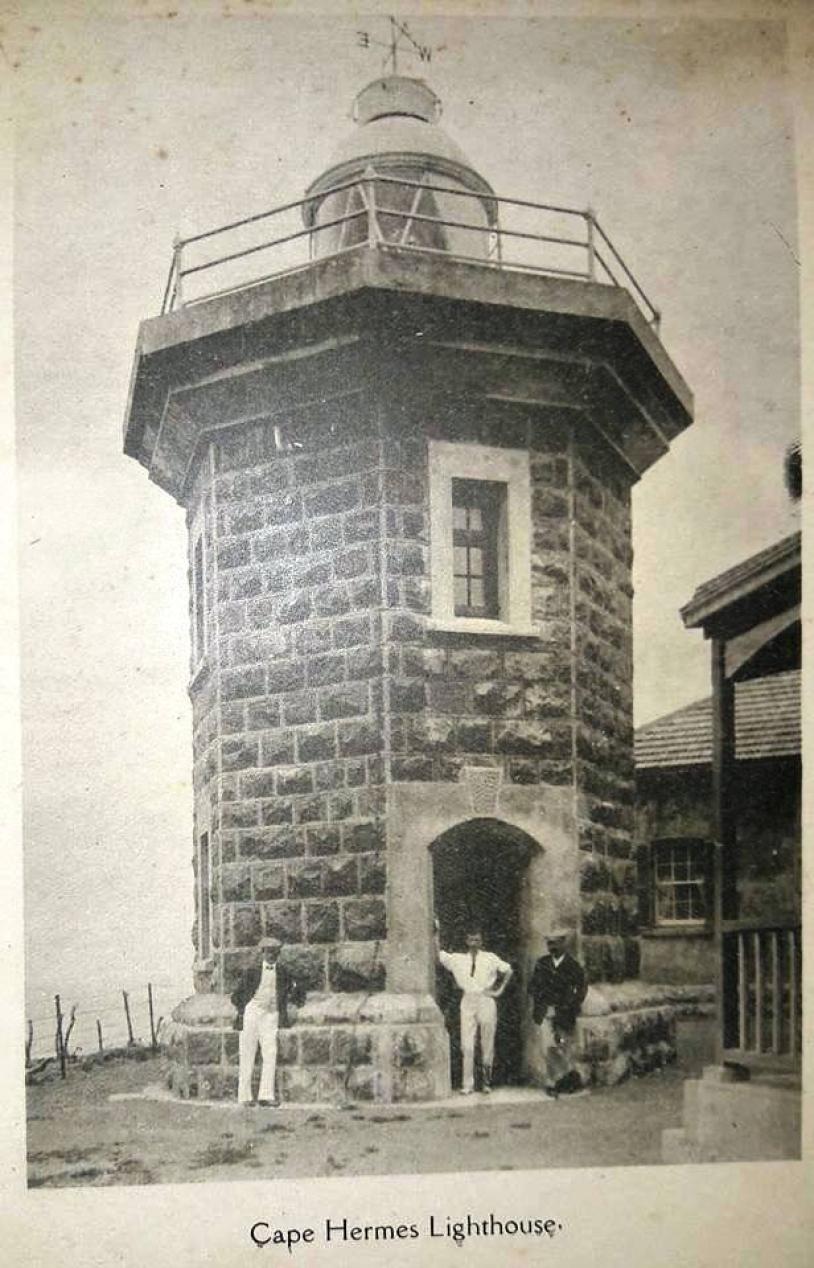