Submitted 8 years 8 months ago by WildCoast.Com. 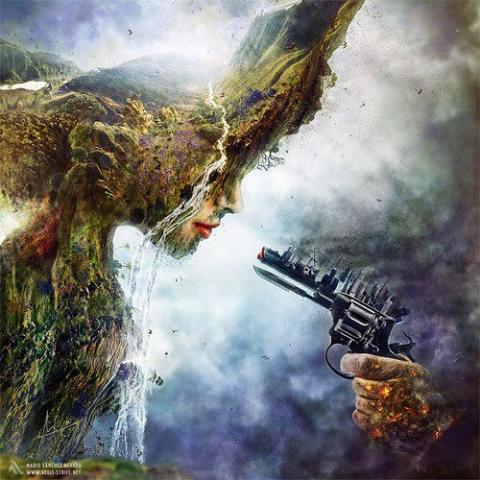 The Integrated Wild Coast Development Programme and its constituents such as the upgrading of the Mthatha airport, the N2 Wild Coast Highway and the Umzimvubu Catchment Development will boost this Eastern Cape region’s economy by a conservative R40bn over the next decade.

This will have a massive economic impact in a region where, for the whole of the Eastern Province, the Human Sciences Research Council estimated that the poverty gap was R14.8bn in 2001 with 72% of the province below the poverty line. Poverty estimates are calculated using a poverty line that varies according to household size. A household of four people had a poverty income of R1 290 per month in 2001.

“We are looking at investments of between R30bn to R40bn over the next decade,” Eastern Cape Member of the Executive Council for Economic Development, Environmental Affairs and Tourism Mcebisi ‘Smiley’ Jonas told a media briefing in Mthatha at the conference presenting the programme to stakeholders.

The reasonable expectation is that R16bn invested in major infrastructure projects by the public sector will crowd-in private sector investment worth at least three times that amount.

Rural Development and Land Reform Minister Gugile Nkwinti said the reform of the agrarian land tenure system would be an enabler with new proposals such as state land being leased for 30 years as a way forward.

“People must not be locked into the past by ideology and hung up on freehold. Most banks will accept 30-year leasehold as collateral,” Nkwinti said.

Jonas said land tenure issues would be handled on a case-by-case basis as one size did not fit all.

“What we are aiming for is sustainable development, where large retailers and agro-processing firms provide their expertise in the form of supply chain management and the latest agricultural techniques, while the community provide land and labour. Payment for these factors of production can take various forms,” he said.

“Half a million people will benefit from the water reticulation project, while thousands of jobs will be created both directly and indirectly during the construction phase,” she said.

The first phase scheme consists of a large dam at Ntabelanga and a smaller dam at Laleni, both on the Tsitsa river upstream of the Tsitsa Falls. The estimated cost of these dams and the water reticulation project is just over R8bn in 2013 rand.

The proposed timelines see the detailed design of the project starting in November 2013. Rehabilitation of the catchment area including combating erosion and eliminating alien vegetation begins in February 2014.

The Wild Coast highway is a strategic infrastructure project but has been held up by court action. It will link East London with Durban and will be 69 km shorter than the existing N2 route resulting in a time of between 75 minutes and 135 minutes. Both the time and fuel savings due to the lower altitude and fewer hills to climb will be the reason why truckers will still gain even though the route will be tolled. A total of 560 km will be redeveloped with an 80 km stretch being a greenfields development between Ndwalane and Mtentu.

The estimated costs are R5.1bn for the greenfields section, R2.1bn for the bridges over the Msikaba and Mtentu rivers and R1.8bn for upgrading of the existing N2 / R61 route. The detailed design of the two major bridges are completed, while the designs for a further seven minor bridges are in progress.

Apart from the tourism sector, where every eight additional tourists results in one new job, the Wild Coast has enormous development potential in agriculture and agro-processing. Detailed studies have shown that the area has a competitive advantage in terms of rain, soil and climate for the cultivation of sub-tropical fruit and nuts, dairy production, lambs, wool, goats, forestry, maize, soya beans, canola, sunflower, groundnuts, sorghum, stone fruit such as peaches and nectarines and vegetables under irrigation.

An indication of the size of this agricultural potential is that if all the potential crop land was well farmed, more than 5 tons of maize could be achieved per hectare resulting in a total harvest of over 2 million tons of maize. This is more than double the current consumption of the regional population. The grazing area could support some 460 000 mature livestock units worth some R2bn.