Gladioli are popular garden plants that have been cultivated in Europe for more than 250 years and are renowned for their striking, colourful flowers.

Gladiolus oppositiflorus, or the Transkei gladiolus, with its large, showy flowers is an important species in the breeding history of a number of Gladiolus hybrids...

Gladiolus oppositiflorus is a representative from the Pondoland Centre of Plant Endemism (PCE), located in a small area between the Mzimvubu River, near Port St Johns, and the Umtamvuna River, near Port Edward, within the region known as the Transkei Wild Coast. This is an area of great natural beauty, and many rare and unusual species are found here.

Because a high number of species are concentrated in such a small area of only about 180 000 hectares, the Pondoland Centre of Endemism is acknowledged by international conservation organizations such as the World Conservation Union (IUCN) and the World Wildlife Fund for Nature (WWF), as one of 235 world-wide centres of plant diversity.

Only a few small nature reserves exist within the area, and although negotiations have been going on for years, no national park to conserve the Pondoland Centre has been established to date.

Distribution and Habitat
Gladiolus oppositiflorus is endemic to the summer rainfall regions of the Eastern Cape north of East London to southern KwaZulu-Natal, from the coast to as far inland as the Lesotho border. It is found in rocky areas in open grassland, often among rocks along streams. 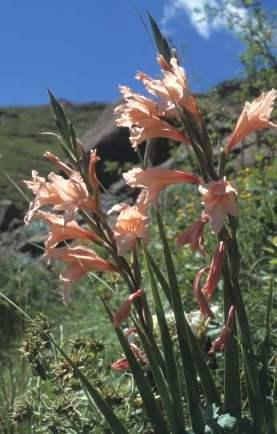 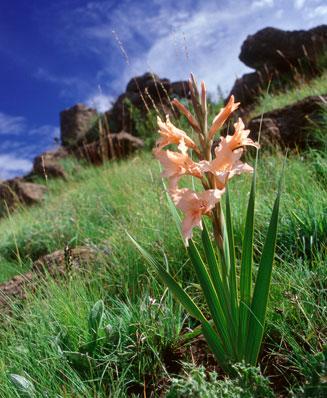 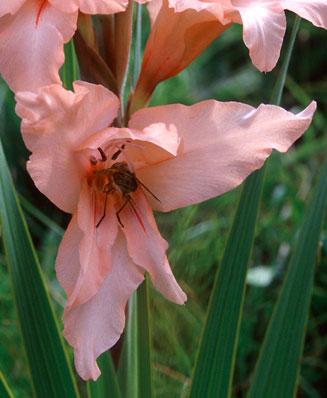 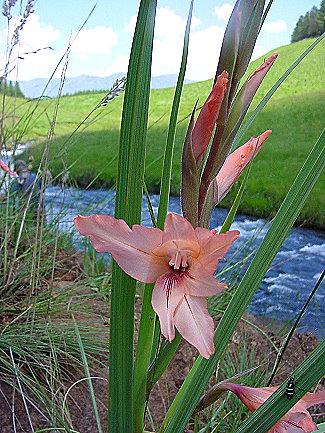