Toll fees may be scrapped

This follows a recent report by Fin24 which suggests construction of a new highway would go ahead on the scenic Wild Coast – but no longer as a toll road. 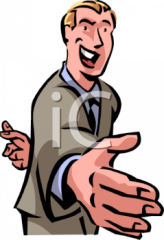 Fin24 said construction could begin later this year and Ndebele had indicated that funds could come from the National Treasury.But the office of Ndebele’s spokesman, Logan Maistry, has declined to comment on the report, noting the minister’s official position had been spelled out in an article in The Mercury last month.

In that article, Ndebele confirmed that there had been “continuous engagement” between his ministry, the government road agency Sanral, the KZN provincial government and other stakeholders.

The latest news report follows a statement last month in which the KZN government threatened to go to court to oppose any move to erect toll booths south of Durban to help finance the construction of a new greenfields route along the Wild Coast.

Nevertheless, there have been several other indications that Sanral and other parties have been working behind the scenes to clear the pathway for a new route on the Wild Coast.

Sanral chief Nazir Alli said he had no reason to doubt the Fin24 report, but he was not aware that any final decision had been reached on the tolls. “It is true that there have been discussions and we will continue to look at various funding models. Funding is always the big issue, but if the National Treasury tells us to build the road, we will build it.”
However, Cape Town attorney Cormac Cullinan said that even if toll fees were dropped, Sanral still faced significant legal and procedural hurdles.

Cullinan, who has lodged an objection on behalf of local communities in the Pondoland region of the Wild Coast, says documents obtained during a recent Promotion of Access to Information Act application suggested that the independence of the environmental impact assessment (EIA) had been significantly compromised.
Nevertheless, the Democratic Alliance has welcomed the reported decision by Ndebele to block plans to levy further tolls.

The party’s KZN transport spokesman, Radley Keys, said he had introduced a motion in the provincial parliament eight years ago against further toll booths in KZN.
“The outcome, of what has been a protracted debate at both provincial and national level, shows that our steadfast commitment to this cause? produces results. We now welcome the united voice against tolling that has been adopted by all parties in the province.”

Just temporarily suspend the tolling, then slip it back in sometime down the line. It’s evident that Zweli Mkhize’s opposition to KZN tolling is worth significantly more than the community’s, the (ex?) royal house of Mpondombini Sigcau, and all the other opponents on environmental and social grounds combined. The real reason remains: Would they go to such lengths for the stated $6bn worth of rare or heavy metals at Xolobeni? By my lay estimate, the benificiated end products are easily worth more than 10x that amount. ECDC (Eastern Cape Development Corporation) are promoting the possible smelter in their IDZ. http://www.ecdc.co.za/sectors_and_industries/minerals Meanwhile SANRAL has been ramping up work on the N2 between Mthatha and East London for some time. Just between Mthatha and Viedgesville (the turnoff from the N2 to Coffee Bay & Hole in the Wall) the road has been reinforced with at least 4 new layers of tar and membrane over the past 6 months, in preparation for the payload. While access roads along the Wild Coast disintegrate, a pedestrian sidewalk along the N2, costing who knows how many millions, is being laid and tarred; presumably in anticipation of the road being fenced off.

<p>Funding is already by another means: the fuel levy. But there's no easy or legal way for other 'interests' to benefit from that. So tolling it has to be.</p> <p>If they were planning to scrap toll fees, then why are they building an On/Off ramp and flyover at Viedgesville; which is planned as a booth location.&nbsp;</p> <p>And in a further slight of hand - read this and weep (with hysterical laughter):</p> <p>http://www.outa.co.za/site/sanral-proposes-scrapping-the-fuel-levy/</p> <p>&nbsp;</p> <p>&nbsp;</p>