The Times' Ben Travato takes on the sand...

Congratulations on your decision to allow the Australians to mine the Wild Coast. As a child, my parents would force me to accompany them on camping trips to Mtentu estuary. I look back on those times with hatred in my heart. I always seemed to have sand up my nose and a bluebottle down my bathing costume. The sun was too hot and the water too cold. Once a crab almost took off my foot, and I remember looking at the estuary and thinking that one day someone will come along and destroy you. And I will laugh.

Now, after all these years, I finally get to have my laugh. Thank you for that. You are a magnificent woman and I wouldn’t hesitate to marry you if we both weren’t married already.

I see in the papers that the bunny-hugging lentil munchers are after your blood. How dare they? This country has more nature than it knows what to do with and I, for one, would far rather visit a titanium strip mine than a stupid lagoon and a bunch of dumb trees. After being forced to waste two years of your life as minister of water affairs and forestry, I am not surprised that you feel the same as I do.

I understand that for the Australians to get to the titanium, they are going to have to flatten the coastal dunes. This is wonderful news. In my opinion, there is nothing more useless than a sand dune. It just sits there, year after year, contributing nothing to the national economy. A bit like the local people, I suppose.

The Xolobeni Mineral Sands Project — which should win you a Nobel prize — will offer the natives the opportunity to earn an honest living.

Being a sensitive nation keenly aware of its social responsibilities, the Australians will doubtlessly reward the indigenous tribes by providing them with all the benefits that an international mining company brings to an area. Obviously, there will be free programmes to deal with alcohol abuse, and penicillin jabs for those who contract syphilis. But there will also be schools, hospitals, gymnasiums, sports fields, golf estates, equestrian centres, bottle stores, brothels and theme parks for the kids to enjoy when dad takes his annual day off from the mine.

I was relieved to hear that you granted the licence to our antipodean comrades without consulting the people who live along this unproductive stretch of coastline. Peasants will talk until the cows come home, but it all falls apart once you bring out the paperwork. Twenty years ago, my father asked a local headman if we could camp on his land, and the village elders are still considering his request.

You are a cabinet minister and you do not need anyone’s permission to do anything. Don’t worry about that meddling lawyer, Richard Spoor, and his spurious claims that the mining licence is illegal. You have already pointed out at a public meeting that he is a white man and nothing more needs to be said. His credibility is in tatters.

SA would not be where it is today without people who understand the value of exploitation.

DEAR MINISTER, I WONDER WHY

DEAR MINISTER, I WONDER WHY WOULD YOU LET AUSTRALIANS DESTROY OUR BEAUTY LAND, THE LAND OF OUR ANCESTORS, WHEREVER THEY MAYBE I BELIEVE THAT THEY NOT VERY HAPPY WTH YOUR DECISION, I ASK MYSELF WHY DDNT THESE AUSTRALIANS DO THE MINING IN THEIR COUNTRY, BECAUSE THEY KNOW THAT SOUTH AFRICA IS VERY LOOSE........ I WONDER WHERE SHALL WE GO WHEN WHEN WE WANNA CONNECT WTH OUR ANCESTORS? FRM A HEART BROKEN. 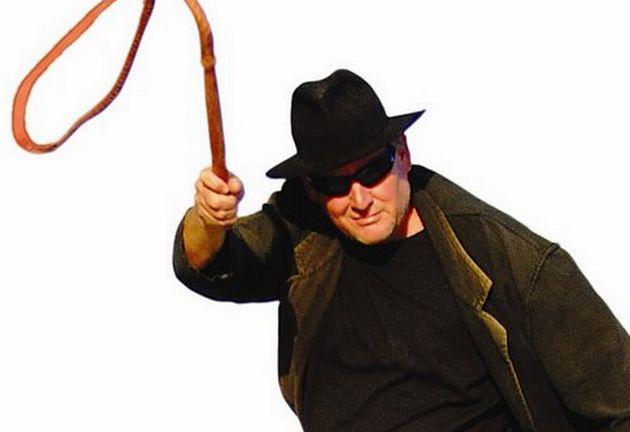