THE GHOST OF THE PONDOLAND CENTRE Around the turn of the century, this attractive shrub was mentioned by Thomas R. Sim in the 1900 “Agricultural Journal of the Cape of Good Hope” 16:21-42, 104-114. He states that it was “abundant along streams above the (Magwa) falls”. Later on, he records it in his “Forests and Forest Flora of the Cape Colony” published in 1906. It was only known from the Mzikaba Formation, a sandstone outcropping with which the Pondoland Centre of Plant Endemism (PC) (Van Wyk 1994) is congruent. This is a very small centre of 18,800 hectares located across the provincial boundary between the Eastern Cape (formerly known as the Transkei) and KwaZulu-Natal and lies along the coastline stretching no more than 15 or so kilometres inland with a maximum altitude of about 400 to 500 metres.

This elusive plant with the scientific name of Raspalia trigyna was named for a Professor of Botany in Paris, F. V. Raspail. It was originally described as Berardia, another genus in the family Bruniaceae. This family is nearly endemic to the Cape confined to the winter rainfall region – but with this one exception in the summer rainfall area.

It was known earlier from only four collections: Dr. Sutherland, the Surveyor-General of Natal, collected one but gave no locality; another was found at Murchison near Port Shepstone by the renowned curator of Durban Botanic Garden, John Medley Wood; one was found at Mkweni River by William Tyson when teaching in Kokstad and the fourth was that mentioned above, by T. R. Sim. All these records are from the late 1800s or early 1900s. This gave a total distribution of about 80 km. Since that time, it lapsed into obscurity.

In 1962, the well-known amateur botanist and conservationist, Mr. Hugh Nicholson retired to St. Michael’s-on-sea on the KwaZulu-Natal south coast. His retirement interests included the creation of an arboretum on the grounds around his home “Skyline” and the exploration of the vegetation of the surrounding area. One of his early Thursday botanical walks took him to the Umtamvuna Nature Reserve (UNR) and there he found, to his surprise, a single unidentifiable plant growing on a stream bank. It was a shrub standing about a metre and half high and covered with a mass of tiny white flowers. This was sent off to Mr. R G Strey at the Natal Herbarium who identified it as the elusive Pondoland ghostbush. It was in good health growing in very moist conditions on the bank of a small stream where fire was unlikely to invade with any force. With its identification, the strange history was revealed and since then, Mr. Nicholson always encouraged his group of enthusiasts to keep watch for another specimen. The mass of tiny white flowers which makes the plant stand out and so easy to spot but when it is not flower it becomes one of those obscure small fine leaved plants which grow along the sandstone streams.

The UNR plant was apparently the sole surviving known specimen of this species and in the ‘80s, it started to fail. It declined from a healthy one and a half metre shrub to a single remaining 30 cm shoot and finally in 1987, it was clear that it was beyond recovery. Dr Hannes de Lange of the Endangered Plant Laboratory at Kirstenbosch came up to collect material to try and propagate but the amount he dared remove from the ailing plant was so tiny that all attempts at propagation had failed. In November 1987 our Umtamvuna plant finally gave up the ghost and the species, so far as was known, was thought to be extinct.

Prof. Braam Van Wyk of the Department of Botany of Pretoria University is the authority on the Pondoland Centre of Plant Endemism which arose from his research over the years and resulted in the publication of a number of new species. The PC is well known for its suite of endemic woody plants as well as grassland endemics. In July of 1988, Braam had just completed the publication of his Field Guide to the Flowers of Witswatersrand and Pretoria and he was ripe for an excursion. It was clear that we had to undertake a field trip to try and find another plant or plants to perpetuate the species.

A group was made up of interested and knowledgeable people and we set of on this search to the Transkei. This extensive exploration covered the coastal area starting from Mazeppa Bay in the south looking into every stream we came across as we headed north. To everyone’s great pleasure and excitement, our search was eventually successful with discovery of a fine two metre specimen by one of us (Trevor Streever) near Magwa Falls. Nevertheless, it was still only a single specimen. Therefore, in one year it had changed from a KwaZulu-Natal endemic known from a single specimen to and Eastern Cape one. Our floral “rhino” had charged back to life but with an even more tenuous hold on life than the rhino.

An urgent message was sent to Dr. Hannes de Lange of the Kirstenbosch Endangered Plant Laboratory. He came and collected cuttings from the plant and after much trial and error such as attempts to graft cuttings onto other Cape species of Raspalia, sufficient cuttings took successfully and plants were raised which allowed the establishment of small populations in both the U N R and the Mkambati Game Reserve. Naturally, all these plants were clones of the Magwa plant. The Magwa plant survived for some years before it too faded and died in 1995 leaving us with the belief that the species might well be extinct in the wild.

So matters remained for some years with all of us on the lookout for other plants. At last, on one of Mr. Nicholson’s regular Thursday walks on the Western Heights in August 1995, while the rest of the group relaxed after lunch, one of his apprentices, Jo Arkell, wandered off and returned with a branchlet. This was presented to “Mr. Nic” who, after some consideration, was happy to declare it Raspalia trigyna. This exciting find was located down a stream about 20 metres off the normal path which “Mr. Nic” had walked over the years! Once more Dr de Lange came up from Kirstenbosch to take further cuttings and to assess the possibilities for cross-pollination. He examined the flowers under the microscope and found that them to be self-incompatible but the globe on his microscope blew before checking the cross pollination potential but he felt that the chances of crossing between the new plant and the clones were not good. He cross-pollinated both ways between the two groups of plants but subsequently we never found any seed.

Years went by before another excitement occurred with the discovery of a plant in Mkambati Nature Reserve by manager, Dirk Prinsloo, a plant enthusiast, in May 1999. This small plant was wedged into some rocks in the bed of a stream and its broken look testifies to its struggles to survive the yearly floodwaters. As with all the plants seen, it was in a position where fire would be unlikely to penetrate.

The latest stage of the history of this unusual plant came in May 2001 when Simon Woodley, a keen indigenous plant nurseryman, together with a friend, Matt Williams, found a tiny population south of the Msikaba River. With great excitement, on closer inspection, it proved to be a functioning breeding population. This remarkable discovery seems to underline the vulnerability of the species as the site is a mere 20 metres long by 2 metres up a stream bank. It is on a steep bank facing south west situated at the base of a wetland giving year round cool moist conditions. Many of the plants in the PC which have an affinity with the Cape winter rainfall region survive on these cooler slopes. The population consists of 12 larger plants up to 1.2 metres tall with around a dozen smaller ones but the important point was the presence of a good number of seedlings of different sizes. The preferred habitat for the seedlings is under the overhanging bank is cool shady conditions. The locality of this remarkable colony is not available to the public.

A very small seedling was sent immediately to Braam van Wyk who confirmed that it was definitely a Raspalia trigyna. Seed was collected from the plants and this proved to be fertile. The recovery plan for Raspalia trigyna allows Simon Woodley of Indigiflora Nursery to propagate the plant with the long-term objective of establishing more populations in the wild and making plants available for gardeners. The first seedlings will be planted to create ex-situ breeding colonies to ensure availability of seed stocks as the breeding colony is not protected or conserved in anyway. One will be in the UNR and the other at Mkambati Nature Reserve.

Perhaps, one day you may so lucky as to have a Raspalia trigyna growing in your garden!

Below an extract from the

Below an extract from the email I received from the South Coast Tourism Board (unfortunately they didn't have any pictures available) “Aesthetically the area gives a superb views over the Umtamvuna Gorge and Estuary with the stark contrast of the Red Desert. Southern Reed Buck, common duiker, blue duiker, and oribi have been seen. Rare and vulnerable plant species has been discovered in the area. The presence of early, Middle and Late Stone artifacts on both the Upper and the Lower Red Desert should be noted and Archeological studies have been done. This area lies within the area known as the Pondoland Centre of Endonism (One of the two such centers of the Pondoland – Pondoland Region of plant diversity) There are about 235 centres in the world and the Pondoland Centre has also been rated by Conservation International as one of about 2 dozen plant hotspots recognized world wide. Local residents are concerned about the rare and maintenance of the areas invasive plants are threatening large areas of the Upper and lower Red Desert and visitors are using the area as a 4X4 track. The land belongs to the Hibiscus Coast Municipality and farmers owing the land adjacent to it are interested in adding their land to an area declared a Nature Reserve for all time. Moves are foot at present to get protection for this land as with everything, willing workers and funds in short supply. 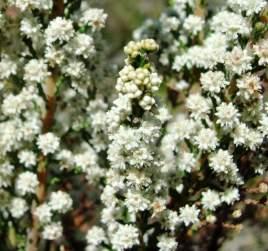 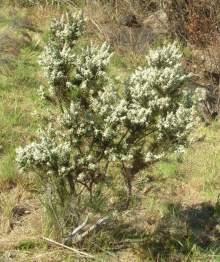 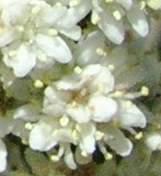 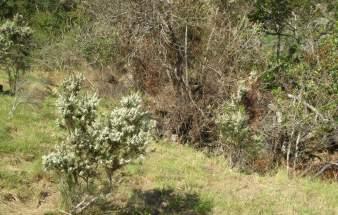