The 18 month "moratorium" on Xolobeni mining

After one year of violence and intimidation, culminating in the murder of ACC chair Bazooka Radebe 22 March, the Mining Minister Mr Zwane today declared an 18 month moratorium for the Xolobeni opencast mining project. He said he cannot "grant the mining license now".

This is a small but important victory for the coastal Amadiba community. People feel that they can go back to their gardens and fields. We now hope that there will be a break from murder, violence and police harassment in the night.

The government knows very well that our community doesn't want mining. We are all here self-employed. We will not approve to so called "development" that destroys our land.

Umgungundlovu traditional authority and ACC will now challenge Minister Zwane and the corrupt forces behind the Wild Coast mining project in court. There will never be mining here. The people shall govern.

The Umgungundlovu Traditional Authority and the ACC are represented by LRC in Cape Town and Pietermaritzburg and Richard Spoor Inc. in Johannesburg. 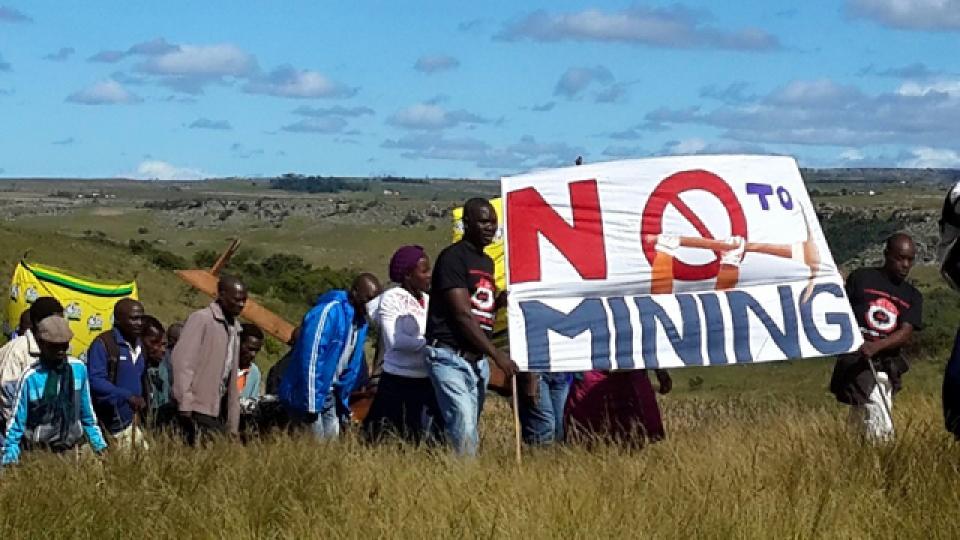