Submitted 11 years 11 months ago by MRP.

For the past 3 years DEAT SRPP (Social Responsibility, Policy & Projects) has funded the Mussel Rehabilitation Project (MRP) which has been implemented by Walter Sisulu University along the Wild Coast between Umtata Mouth and Hole in the Wall. Download the video: Mussel Harvest 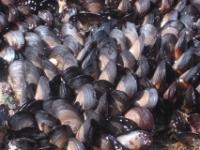 The initiative has, without a doubt, been one of the most successful and effective social responsibility projects in the Eastern Cape. It has not only proven that rehabilitation and controlled harvesting of mussel beds is sustainable, but has literally produced tons of protein rich mussels for the benefit of the local community, while also contributing employment, skills training, environmental awareness, resource monitoring, catch-data collation, and many other vital linkages and benefits. Operating since 2000 under the care and guidance of Zoology lecturer, Dr. Calvo-Ugarteburu (affectionately known by all as “Gugu”), 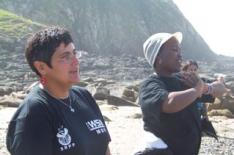 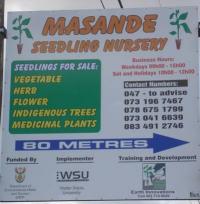 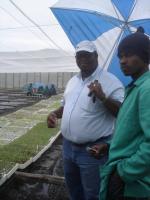 9 community gardens, and a home gardening programme which conducted training workshops and provided vegetable seedlings and fruit trees for a thousand households in the area. Over the years extensive Household Livelihood Security Assessments (HLSA) have been conducted by WSU throughout the 15 marginalized villages along this rugged 20km stretch of coastline (one of the poorest and most disenfranchised regions of South Africa), support relationships have been forged with government departments and municipal LED (Local Economic Development) departments; and vital linkages between the community and relevant NGOs, including WWF, Masifundise & WESSA have been created. Gugu has been a relentless campaigner for subsistence fishers’ rights and legislative reform, and the community members who have contributed to the rehabilitated sites have, through her efforts, been issued with exemption permits which allow them to legally harvest up to 5 liters of mussels per day,

instead of the impractical and unrealistic bag-limit of 30 mussels per subsistence or recreational permit holder. (Imagine feeding your entire family, which depends on them as a primary protein source, on only 30 mussels.) 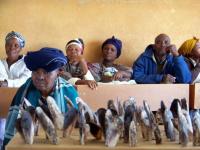 The Mussel Rehabilitation Project provides food security and essential socio-economic development, while ensuring sustainable use through ongoing monitoring and management of the natural resources. It can clearly be seen, in fact, to be nurturing the natural environment for the benefit of everyone. Furthermore, MRP and the local management committee (comprised of representatives from each village who have freely contributed their time and energy over many years) play an invaluable role between government and the community vis-à-vis subsistence level coastal livelihoods; and lobby for vital changes to impractical or discriminatory sections of the Marine Living Resources Act of 1998 (MLRA).

In May 2008 the project celebrated its first official harvest at the successfully rehabilitated Nqutheni site illegally, as the exemption permit had not been processed in time. Despite the lacking formality, the harvest went ahead with the tacit blessings of MCM, and was attended by officials from several sectors of government who all enjoyed a great mussel meal, provided by the 60 or so harvesters, afterwards. 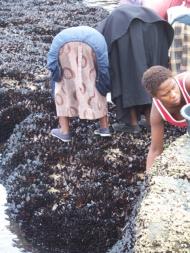 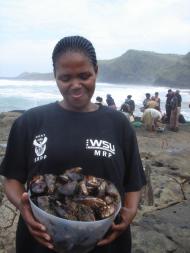 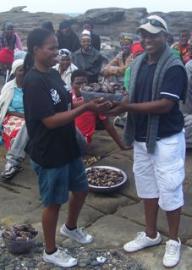 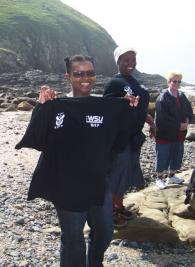 Community members are employed as:

? Garden Competition: To incentivize local gardeners and promote the nursery, a home vegetable garden competition was held in 2009. Over 130 entries were received and individually judged. Representatives from the Department of Agriculture (Mqanduli) selected and judged the top 10 gardens.

?
Community Gardens: Many others benefit from communal gardens which have been established with efficient drip-irrigation and foot-treadle pump systems. 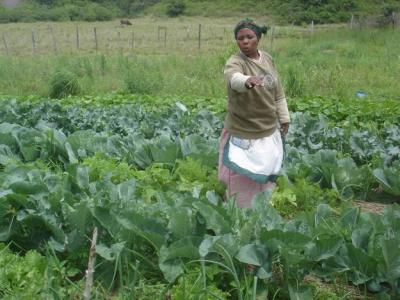